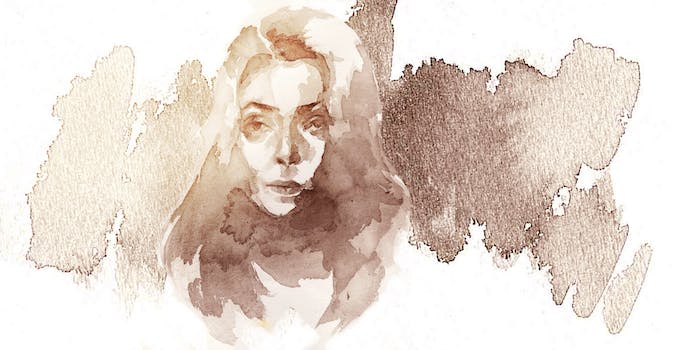 The year of Grace Helbig

The star of ‘Electra Woman and Dyna Girl’ talks about the value of female friendships.

Grace Helbig is having a hell of a year.

Her second book, Grace & Style: The Art of Pretending You Have It, published and became a New York Times bestseller. She was one of the founders of the foodie app Dysh, along with longtime friends and collaborators Hannah Hart and Mamrie Hart (no relation) as well as beauty and fashion vlogger Ingrid Nilsen. She’s writing an interactive novella with fans on Wattpad. Her remake of Electra Woman & Dyna Girl with Hannah Hart just debuted on all major digital platforms. And that’s just in the first half of 2016. Her next film, Dirty Thirty, which she stars with Hannah and Mamrie and described as “such a wonderful evolution from Camp Takota,” does not yet have a release date (although she’s seen the final cut).

“The community is for everyone.”

Helbig, who started making daily vlogs in 2007, has nearly done it all. She gained a loyal and passionate following through Daily Grace, the daily vlog she made through My Damn Channel (and later moved to YouTube) and started over when she moved to her old channel. She’s been part of the Fine Brothers’ webseries MyMusic, raised more than $200,000 to tour North America with Hannah, starred in a travel show with Mamrie, wrote a memoir, hosted awards shows, started her own podcast, and hosted her own E! talk show. She broke into mainstream entertainment back before Hollywood got on board with new media, but she still calls YouTube home.

The Daily Dot chatted with Helbig about collaborating with friends, YouTube’s evolution, and the rarely seen portrayal of female friendships.

What goes into working with your friends?

It’s pretty organic, actually. It’s hard to think back to a specific moment where—especially for myself and Hannah and Mamrie—we chose [to work] together. It felt like from the minute we met each other, our personalities aligned in both comedy and in business, so it was very fun to work together. It was something that didn’t feel like work. It felt like play, and so it made it that much more enjoyable. It’s been awesome to challenge ourselves to create bigger and more interesting projects and to dabble in worlds that we’re not familiar with, like the app world. It’s been really great, and it’s been amazing to do it with your friends. What a dream.

How does that compare to working with bigger, more mainstream projects?

It’s definitely a different form of collaboration when you work on big sets or with other brands or other companies that you’re unfamiliar with. I’ve been really lucky to work with really amazing people that I feel really understand my brand and my relationship with my audience and only want to help me elevate that and don’t want to change that—they just want to support it, which is truly what I look for in anyone that I collaborate with, whether it’s a friend or a company or a brand. It’s wonderful because you learn a lot about communicating, and for someone who primarily works by themselves, it’s really good to socialize and be around human beings, so on a mental health level I think it’s also really positive.

Yeah! I’m working with AT&T and Wattpad, and we’ve created this series called “Writing With Grace,” which has been a total experiment and something I’ve never done before nor have I ever seen done before, and it’s been really rewarding. There’s an amazing community of people on Wattpad that are incredible writers, and so to be able to dive into that world and celebrate their talent has been so inspiring and very cool and very motivating on my own end to step up my game and really challenge myself.

You’ve been on YouTube for a long time now. What changes have you noticed from when you started until now?

You grow over time no matter what creative field you’re in or non-creative field you’re in, so for me YouTube was never a career opportunity that I sought out. It was an organic, wonderful accident that happened in front of me that I pursued once I realized it was there. So I’m very grateful for it, but I still also understand the hustle of chasing the traditional world with gatekeepers and understanding that nothing is permanent and everything can change.

You really have to enjoy what you’re doing because it can be really difficult. In moments where creativity might lull because you can only be at the top of your game for so many videos, and after what, seven years now of doing it, there will be moments where you don’t feel like you’re as creative as you could be. But it’s been great to learn to check in with myself and find out how to make sure I’m enjoying authentically what I’m doing and what I’m creating and evolving as a human being and growing because I think that’s really healthy and good for yourself.

And it’s interesting to see how the landscape has changed because it’s a tangible career opportunity. People can seek it out and build brands with intention and purpose. Whereas before, it was this wild, wild west of just trying things and figuring them out, and now it’s rewarding to be more thoughtful about how you build your brand. It’s still trial and error for a lot of different things, but it’s been really wonderful to see the traditional space really support and celebrate the new media space and to give opportunities to people like myself and Hannah and Mamrie in longform content and in books and in TV shows that weren’t afforded to us in the past years. I’m curious to see what’s going to happen in the future, but I’m excited for where it is right now.

How do you think it has changed for women on the space?

Yeah, spoiler alert: I’m a lady and I enjoy making content that is funny, and I happen to be a woman at the end of the day. We get a lot of questions, myself and my friends included, about what it’s like being a woman in YouTube or a woman in comedy or a woman in entertainment, and I guess it’s interesting but it’s also really limiting to think about yourself that way.

I’ve never really set out to do improv comedy or comedy or an audition thinking, “Oh, I’m a woman doing this, so there’s going to be a struggle.” I instead think I’m a person doing this, putting my own unique perspective about the world to my comedy and my storytelling and it happens to be female-skewed I guess, because I’m a lady at the end of the day. So it’s awesome to be taken seriously as a person, but I don’t try to think too much about women being trendy or being supported.

“[YouTube] was an organic, wonderful accident that happened in front of me that I pursued once I realized it was there.”

I had huge role models like LisaNova and Natalie Tran when I first started making YouTube videos that were some of the Founding Mothers of the space. Just like the men, I feel like YouTube is kind of—in the grand scheme of entertainment—a way more diverse platform from the start than a lot of other areas of entertainment. That’s wonderful, and I think why it’s so amazing and so necessary. The community is for everyone.

We value and respect each other as human beings in the real world, so we thought it would be a disservice not to use that in this based-on-real-world, fictitious film that we were making. I think for us and in a lot of our female friendships, we don’t treat each other like bitches, and so we wanted to show that actually happens. Women don’t always hate each other… Maybe that’s news to a lot of people, unfortunately, but it’s something that we care about and we value. It’s the way we respect each other, and we really wanted this to show off a story about friendship.

I think the really amazing thing about Electra Woman & Dyna Girl is that there is something for everyone. There’s a lot of very stereotypical superhero tropes that we make fun of and give a wink and a nod to throughout the series, there’s action-packed fighting sequences, and then there’s very human, toned-down, interpersonal conversations that are very Gilmore Girls-esque. There is something for everyone in the series, and the two leads aren’t bitches and don’t hate each other, which I think is way more enjoyable to watch.

Are there any further plans for another season of HeyUSA?

There isn’t, but I love HeyUSA so, so much, and I know Mamrie does too. There’s been some talks of trying to make something happen—and fingers crossed that something happens in the future. And speaking about female friendships, that was such a fun series to make. We had to pinch ourselves every day that we got the opportunity to make it because we love traveling and especially with each other.