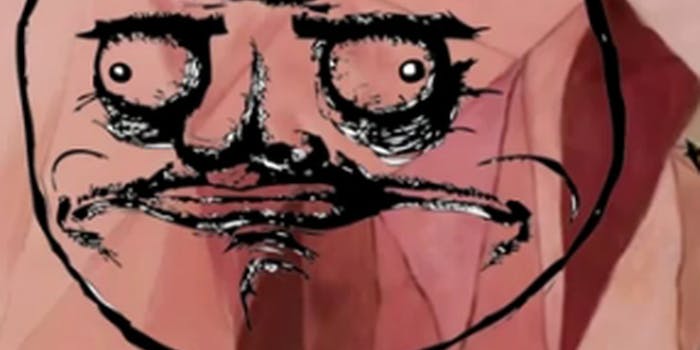 Goyte’s “Somebody That I Used to Know” in rage faces

Goyte's ubiquitous ballad gets a makeover via a Vietnamese student and rage faces.

Gotye’s huge hit single, “Somebody That I Used to Know,” transcends cultures. It’s a big deal in Vietnam, apparently, and also among a particular subset of Internet culture: People who communicate in rage faces.

Those comical cartoons that embody a range of common emotions have popped up in the strangest of places, from weather shows to English classes in Japan.

This is the first we’ve seen in a music video, however. What’s next? Rage face retellings of classic films? We shudder at the thought of Michael Corleone’s face scrunched up in a perfect rendition of Rage Guy.

Created by a Vietnamese student, the following video has garnered more than a million views in less than a week.