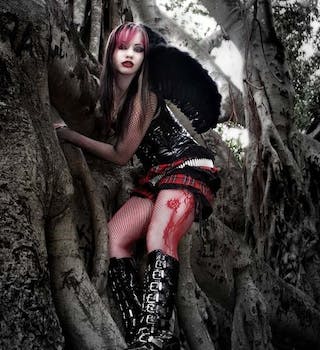 I love you but I’ve chosen darkness… and trees

This hilarious new Tumblr is like Hot or Not for Sisters of Mercy fans.

Thus, Goths Up Trees, a Tumblr that features photos of said goths emoting in trees.  Each submission is rated on their pose, fashion sense, molestation of the tree, and general gothiness by the sympathetic curator of the photos.

While only two weeks old, the Tumblr has already amassed media mentions raving about it: Uproxx called it “necessary” given the abundance of similar photos, Noise Creep deemed it “pure comedy gold,” and The Frisky wrote it was “better than bird watching.”

Behold! Some of our favorite entries on the site.

Photos by Goths Up Trees