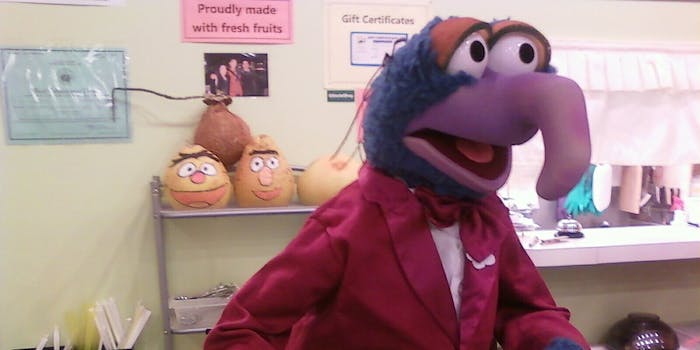 ‘The Humpty Dance’ is even better with Gonzo and the Muppets

Gonzo's putting on his dancing shoes.

An artist with a hell of a schnoz is taking inspiration from another like-nosed musician.

Having already tackled Biz Markie and and the Beastie Boys, the Muppets are putting on their dancing shoes for a rendition of Digital Underground’s “Humpty Dance,” thanks to another mashup from isthishowyougoviral, or Mylo the Cat. And who better than to take up Shock G’s mantel than Gonzo?

Gonzo has a lot going for him: fans that go gaga, impeccable fashion taste, a cool Rowlf on the piano, and enough craziness about him to actually pull off the dance (which Shock G explains later in his song). If anybody can get the Muppets (and all of us) to dance now, it’s gonna be Gonzo.