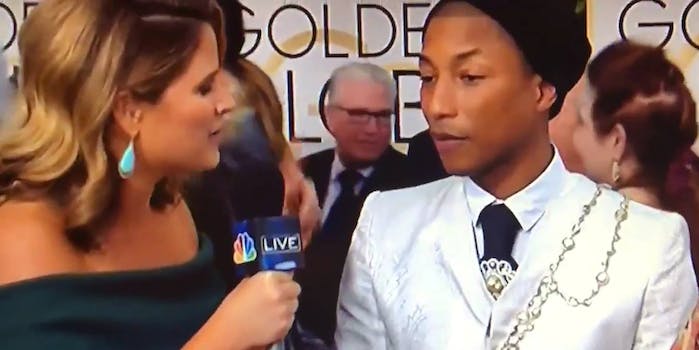 Just when Hollywood is making gains to take three steps forward, Jenna Bush Hager seems to have taken a slight hop, skip, and a jump back to square one.

"you're nominated for Hidden Fences" pic.twitter.com/7My6dtEkbG

What does exist, however, is Fences, a movie about a black sanitation worker and his missed opportunity of becoming a professional baseball player. It appeared that Hager had little to no idea that, no, not all movies about black people and their stories are the same.

Within hours the hashtag #HiddenFences began trending on Twitter, with respondents critiquing how the prominently white entertainment industry interprets black films and art.

#HiddenFences: A Photo Essay on Dealing with White People in the Workplace pic.twitter.com/ItaYQbaaxO

Along with critique came a mashup of black television and movie titles and actors, with Twitter striking back at the assumption that Hidden Figures and Fences, and other black films for that matter, can’t simultaneously exist without being one in the same—an assumption that we don’t apply to movies featuring prominently white actors, even ones with extremely similar plots such as No Strings Attached and Friends with Benefits.

Boys Waiting to Exhale in the Hood #hiddenfences

#HiddenFences… is that the one starring Viola Spencer and Janelle Moonlight, Jenna?

Good job, Golden Globes, for reminding us why we still need more black actors and stories from people of color in Hollywood.