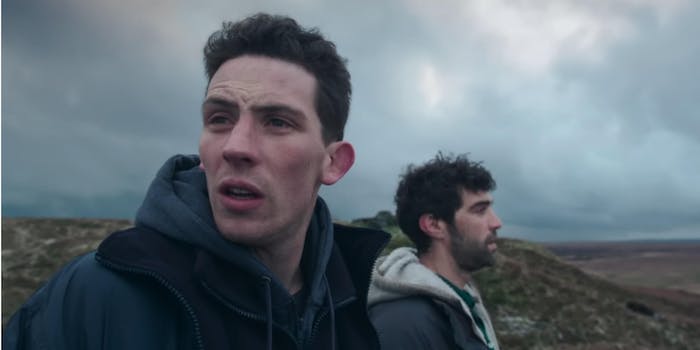 Francis Lee said the censored version is 'not the film I intended or made.'

Francis Lee, director of 2017 breakout British drama God’s Own Country, claims his film was censored since landing on Amazon Prime.

In a tweet posted Tuesday evening, Lee said the film, which explores the relationship between a farmer named Johnny (The Crown‘s Josh O’Connor) and a migrant worker named Gheorghe (Alec Secareanu), “appears to have been censored” on Amazon Prime in the U.S., and asked that followers and fans “not rent or buy on Amazon Prime” until it’s “investigated.”

The censored scenes are apparently gay sex scenes, and some commenters in Lee’s thread claimed they noticed the censorship in recent viewings, though not in older viewings.

An Amazon review from May 16 states: “The movie itself is a good story; I am just disappointed in Amazon Prime for editing out a certain scenes when they included it for Prime viewers. Shame on you for censorship.”

According to Deadline, a “source” explained that the film is a Prime Video Direct title, which means it’s uploaded by the distributor (Samuel Goldwyn Films) directly, and the sexual content might have affected its reach. The censored version has allegedly been removed from Amazon for Prime subscribers, but the original cut is available for purchase.

Lee tweeted an update Wednesday afternoon, confirming that the distributor censored the streaming version “without consultation,” not Amazon. He directed interested parties to rent the film on Amazon.

“The rental version of God’s Own Country on [Amazon Prime] is the correct version of my film,” he said, thanking Amazon for rectifying the situation.

We’ve reached out to Amazon for clarification.