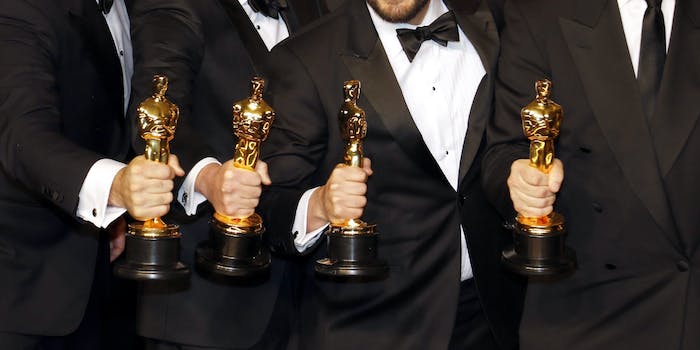 The potential delay might be in response to the coronavirus pandemic.

The 2020 movie landscape is already looking much different now than it did just a few months ago after the coronavirus pandemic led to massive release delays. But the ramifications might go even further to possibly affect Hollywood’s biggest night.

We’re still several months away from the start of awards season, but according to a new report from Variety, the Academy of Motion Picture Arts and Sciences (AMPAS) is already weighing the option of delaying the 93rd Academy Awards. One source calls the Oscars delay “likely” while another pushed back at that option.

Regardless of whether there is a delay, next year’s Oscars are already going to look very different. Last month, as some films opted for virtual theatrical releases, VOD, and streaming routes as opposed to releasing delays, the Academy announced a series of temporary rule changes on how a film could qualify for Oscars.

Those changes now allow films that were supposed to be released in theaters and may have gone a different route to qualify as long as they’re available in the Academy Screening Room within 60 days of release. The AMPAS also expanded the number of cities where qualifying theatrical runs could take place. It’s a vast shift for the AMPAS, whose rules originally required a seven-day theatrical release in Los Angeles County.

“The Academy firmly believes there is no greater way to experience the magic of movies than to see them in a theater,” Academy President David Rubin and CEO Dawn Hudson said last month. “Our commitment to that is unchanged and unwavering. Nonetheless, the historically tragic COVID-19 pandemic necessitates this temporary exception to our awards eligibility rules. The Academy supports our members and colleagues during this time of uncertainty. We recognize the importance of their work being seen and also celebrated, especially now, when audiences appreciate movies more than ever.”

Although COVID-19 has already led to the cancellation of SXSW, Tribeca, and Cannes, the fall festivals that lead into awards season like Venice, Telluride, TIFF, and NYFF have yet to be affected.