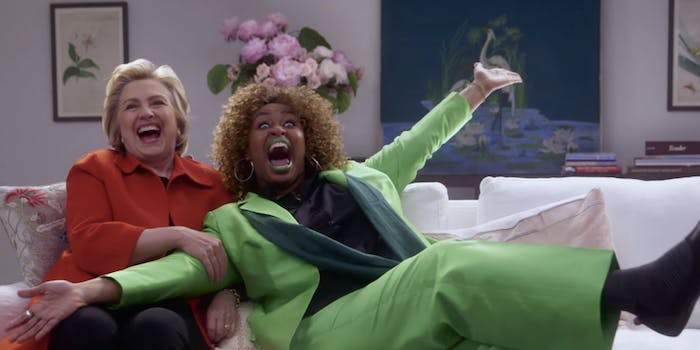 'The Conversation' revolved around female-centric topics.

It was a meeting of the pantsuits when YouTuber GloZell Green sat down with presidential hopeful Hillary Clinton for a candid chat.

Clinton was joined by GloZell and other established female entrepreneurs like Maya Washington and Chriselle Lim on Amanda de Cadenet’s show, The Conversation. After airing on Lifetime on Wednesday, the show is now available on YouTube.

Clinton spoke with the women about her mother, personal worries, being a woman in a male-dominated field, and other topics—only broaching actual politics and intended presidential policies 14 minutes into a 19-minute interview.