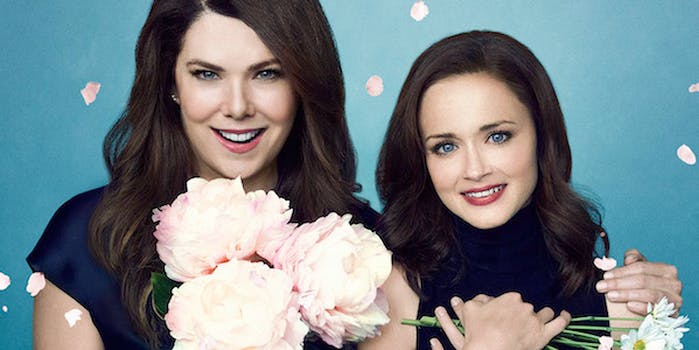 The day after Thanksgiving, Netflix dropped the long-awaited revival series Gilmore Girls: A Year in the Life, much to a weekend binge-watcher’s delight. And after nearly 10 years since the series went off the air, dedicated fans have finally heard those legendary last four words:

Though the original Gilmore Girls showrunner Amy Sherman-Palladino told TV Guide in 2006 about her envisioned ending for the series, she left the before the final season. With Sherman-Palladino’s return for the Netflix revival, fans’ reactions to the last four words spanned the entire emotional spectrum.

Is there a group session for when you need closure for your closure? #gilmoregirlsayearinthelife #lastfourwords

I see what you did there, Amy. Took me a second but I'm on board. #lastfourwords #fullcircle

Yes, Rory is pregnant. But with “no plans” for a follow-up to the cliffhanger in sight, fans are left to speculate Rory’s future off the revival itself.

With the few clues from throughout the series, Elite Daily pieced together a few possible threads of Rory’s future: Logan is probably the father, Rory is probably strongly considering raising the baby herself, and she’s also probably marrying Jess sometime in the future.

Not only did Rory and Logan have drunk sex in the months before those final four words, but Rory also visited her father Christopher and asked him about Lorelai’s decision to raise her without him.

Rory: Do you think it was the right decision? That she raised me alone?

Christopher: I think it was exactly what was supposed to happen, and I think she’d back me up on that.

Rory: Yeah, I think she would, too.

And then there’s the Jess theory, evidenced by the way he looks at Rory longingly through a window, despite saying he no longer has feelings for her. Sure, it’s not enough clout to prove Rory did end up with Jess, but who’s to say she didn’t? A fan can dream.