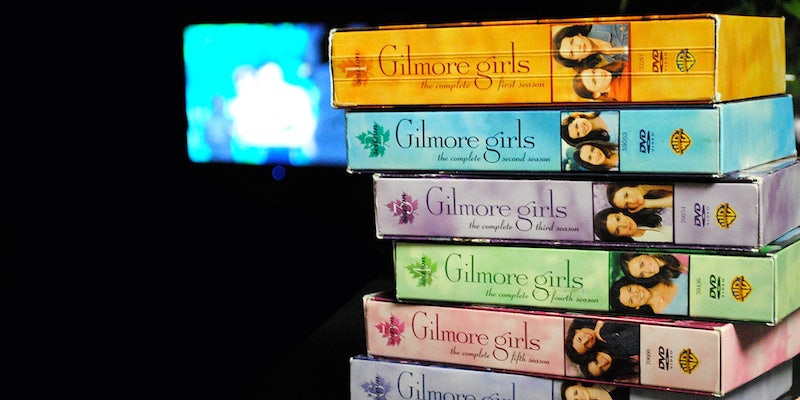 The 21 best ‘Gilmore Girls’ guest stars you totally forgot about

These guest appearances put the 'stars' in Stars Hollow.

Ever since all seven seasons of Gilmore Girls hit Netflix this fall, we’ve been watching and rewatching and falling in love all over again with one of the Internet’s absolute favorite mother-daughter duos.

But there’s more to life in Stars Hollow than the titular Girls, of course. Arguably, the show wouldn’t be the cult hit it is today without the impossibly strong recurring castmates like Melissa McCarthy (now married to one-time guest star Ben Falcone), Sally Struthers, and Liza Weil; character actors like Sean Gunn; and beloved boys Adam Brody, Chad Michael Murray, Matt Czuchry, and Milo Ventimiglia. (Indeed, each of Rory’s exes went on to become a star in a well-respected show on his own: Jared Padalecki (Dean) became Sam Winchester on Supernatural, Ventimiglia was Heroes‘ Peter Petrelli, Czuchry is now Cary Agos on The Good Wife.)

In between quoting beloved lines (we agree Weil’s Paris Geller stole the show with those), arguing over the show’s sixth season slump, prepping for next year’s reunion, and calling our moms to reminisce about our marathon first-time viewings, we sat down and sorted out some of our all-time favorite guest stars. With the show’s signature rapid-fire pace and endless rewatchability, we’re delighted to say we probably missed a few, and we’re looking forward to spotting new favorites on our sixth, seventh, and eighth times through the series.

But without further ado, and in no particular order, we present the real stars of Stars Hollow. (There are 21, of course, on the 21st, in honor of the Atlantic City dream.)

Amid the early years of Family Guy, show creator MacFarlane had a small speaking role in Lorelei’s graduation ceremony as the asshole boyfriend of one of her classmates. His character is snide and crude and altogether more enjoyable if you close your eyes and try to picture his lines being spoken by Brian or Stewie instead. MacFarlane returned with his vocal talents in the next season as the voice of Emily Gilmore’s lawyer. The ties between Family Guy and Gilmore Girls were many and strong, thanks in no small part to Gilmore creator Amy Sherman-Palladino’s husband Daniel being a producer on the animated hit.

Long before he was the king of advertising on Mad Men, Hamm appeared as the “Solomon of wine” in this short scene with Lorelei. We’re guessing he hadn’t yet developed all his womanizing charm, though, as ol’ Peyton here never returned for a second date.

The notable author, playwright, and filmmaker got the honor of being the first person Sookie told she was pregnant—plus this adorable hug.

Unfortunately, Mailer passed away just a few short years after this episode aired in 2004.

Perhaps best-known for her role as Jesse Pinkman’s girlfriend Jane Margolis on Breaking Bad, Ritter tapped into her brighter, bubblier side as Yale colleague Lucy.

Next up, she’s slated to star as the title character in Marvel’s Jessica Jones project.

This half of Garfunkel and Oates appeared throughout Rory’s college years as classmate Juliet before producing short film Life Is Good with Alexis Bledel and Seth MacFarlane—just one of many cross-pollinations among the Gilmore Girls cast.

The 10-year-old version of this Nickelodeon star made a quick appearance in season 4’s “The Hobbit, the Sofa and Digger Stiles”; it was, in fact, her acting debut, and she got to verbally spar with Melissa McCarthy while wearing elf ears, so we’d argue it might also have been her professional peak.

How many people can claim they’ve snuggled up with the first female secretary of state in a twin-size bed and talked about their hopes and dreams? Not too shabby, Bledel. Not too shabby at all.

One quibble, though: We think there’s still work to be done on that whole humidity thing.

Strong really deserves more credit for his recurring role as Paris’ paranoid boyfriend, Doyle McMaster, but we could’t resist including him on this list, if only to mention he went on to have a role in Mad Men (see also: Jon Hamm, obviously), along with Vincent Kartheiser, who would later become Bledel’s real-life husband.

(For extra credit, follow the IMDb wormhole back to Strong and Kartheiser’s ties in the Whedonverse.)

Pudi took his turn as Yale Daily News contributor Raj before going onto much bigger things (even than this comically large blue pencil) in Community as Abed Nadir.

Ron Swanson himself joined the Gilmore Girls cast as Jackson’s brother Beau, a gruff, grumbling sort who’d rather be anywhere else. We want that bored “Mmmm” on a soundboard for quick reference.

Twin Peaks‘ Shelly Johnson took up residence with Christopher as his girlfriend, Sherry. Despite only appearing in three episodes, Sherry’s character bore the brunt of many Christopher/Lorelei shippers for being the perennial “other woman.”

Rajskub’s visiting troubadour character is quickly removed from the streets for playing “hippie doo-wop music to the obvious detriment to the mercantile interests of this town,” but anyone who talks back to Taylor Doosey gets a thumbs-up in our book.

Though he’s now better-known for his role as Clark Kent himself in the 2006 Superman reboot, Routh was more the strong and silent type hitting on Madeline and Louise at the Bangles concert in season 1.

Lynch appears as a nurse—wearing traditional Party Down pink, no less—in this early scene from after Richard Gilmore’s first-season heart attack. We’re certain she was thrilled to trade in the cardigans and skirts for track suits in her most notable role to date as Glee‘s Sue Sylvester.

Hardin’s role on Gilmore Girls was the very epitome of unmemorable, but we’re delighted by where she’s gone since, from Monk to 27 Dresses, The Office to Transparent. 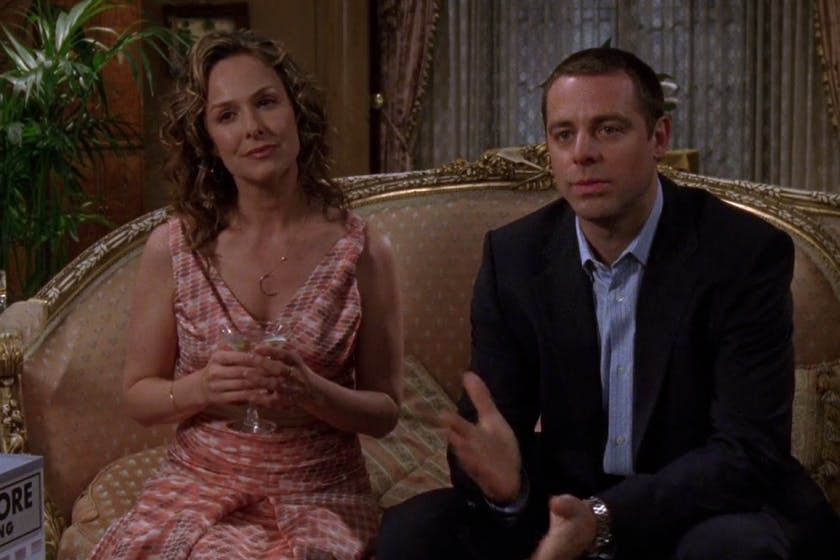 Now one of TV’s highest-paid comedy actors as New Girl‘s Schmidt, Greenfield has apparently always lent himself well to groups of bros, as he did in this episode for Dean’s bachelor party. (Incidentally, OK! Magazine‘s Kaitlin Menza also cleverly points out one more tie to The O.C.: Greenfield portrayed a young Sandy Cohen in this flashback.)

Ventimiglia wasn’t the only Gilmore boy to head to Heroes after this. Oka made a quick appearance as a Harvard philosophy student in crimson and gold who banters with a high-school Rory during her quick campus visit with her mom. After some stops at Scrubs, Reno 911!, and Legally Blonde 2 (we didn’t say they were respectable stops), he landed as Hiro Nakamura in Heroes.

Borstein’s involvement with the show is a particularly interesting tale: Though she was the original Sookie St. James, she backed out to accommodate work with Family Guy; instead, she returned to Gilmore Girls in no fewer than three small cameos, including Drella, the Independence Inn’s acerbic harpist. As the Daily Dot’s own Nico Lang pointed out in another publication, “Borstein’s husband would land the role of Jackson,” Sookie’s husband.

After seven damn seasons of name-dropping Christiane Amanpour as possessor of the Dream Job, Rory finally got to meet her idol at the Dragonfly, albeit in an embarrassing fluster of fangirling and frilly pajamas.

A show this deeply rooted in musical references couldn’t possibly get away with not having some winning guest appearances by bands. The musical guests run the gamut from Paul Anka (later homaged by Lorelei’s dog) to Yo La Tengo, but our favorite clip is this one with Sonic Youth’s Kim Gordon and Thurston Moore—plus their daughter on bass.

As every episode starts with Ms. King—her “Where You Lead” served as the series’ opening credits theme song, of course—it makes sense to end with her as well. Appropriately, she appeared as a music shop proprietor in this season 6 gem.

Photo via jeffmason/Flickr (CC BY 2.0) | Remix by Jason Reed