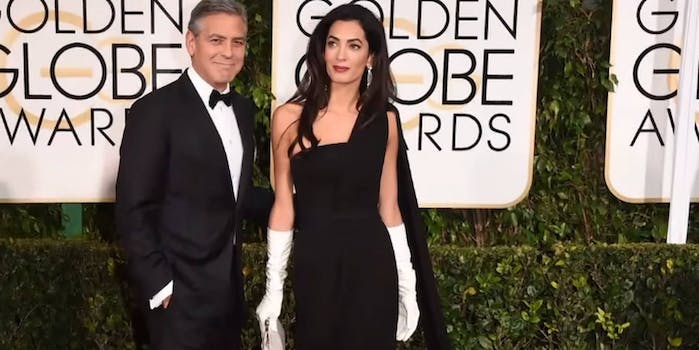 After his divorce in 1993, George Clooney, 55, guessed he would never marry again, or have children. That all changed when he met Lebanese-British human rights lawyer Amal Alamuddin, 39. The couple married in 2014—now it appears he’s going back on that other assumption.

According to The Talk’s Julie Chen and People, the couple is expecting twins. During the daytime talk show on Thursday Chen announced, “Beyonće isn’t the only superstar expecting twins! Congratulations are in order for George and Amal Clooney,” quickly following up that the babies are due in June.

Clooney has joked about children over the years, including famously telling USA Today, “We are having triplets. We’re going to have four, actually,” after remarrying. However, in a 2006 interview with People, the actor revealed how important he felt being a parent is.

“I think it’s the most responsible thing you can do, to have kids. It’s not something to be taken lightly,” said Clooney. “I don’t have that gene that people have to replicate. But everything in my life has changed over time.”

These will be the first children for both parents.