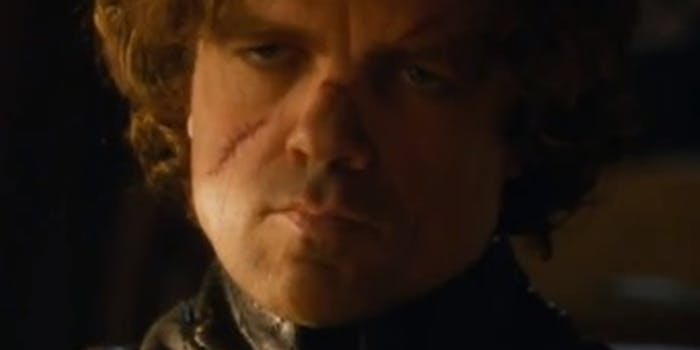 Game of Thrones, that hotbed of sex, swords, and sorcery, made a triumphant return to HBO and the Internet Sunday night.

Game of Thrones, that hotbed of sex, swords, and sorcery, made a triumphant return to HBO and the Internet Sunday night.

The season 3 premiere scored millions of viewers for HBO and saw record levels of BitTorrent piracy soon after it ended. For those who are both too cheap to have HBO or even to take the time to illicitly download it, there’s another way for you to catch up on this week’s episode. (Obvious spoilers ahead if you haven’t caught the outing yet.)

Happy Place has put together an artist’s impression of what the episode might have looked like had it played out on Facebook. Once you get past the idea of Barristan Selmy being able to operate a computer and figuring out how to change his Facebook username, it’s actually believable.

There’s a solid reference to the “had one job” meme and with fake check-ins to certain locations, it’s a little easier to see where each character is at a given time.

The Facebookification of Game of Thrones continues on from Happy Place’s great recaps of Downton Abbey in the same manner. One key difference: the Crawleys never had to come face-to-face with a giant. 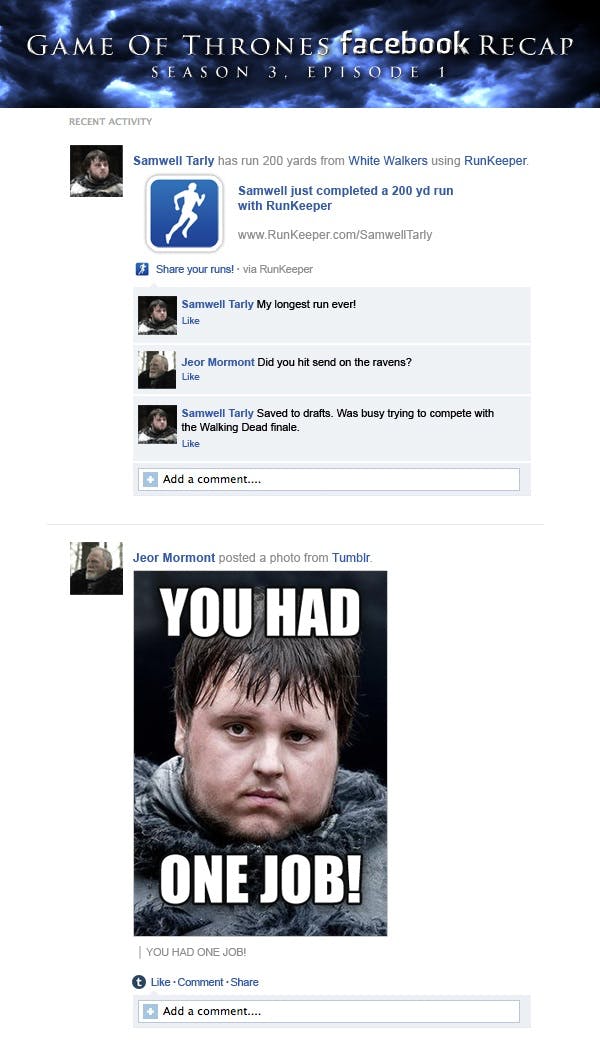 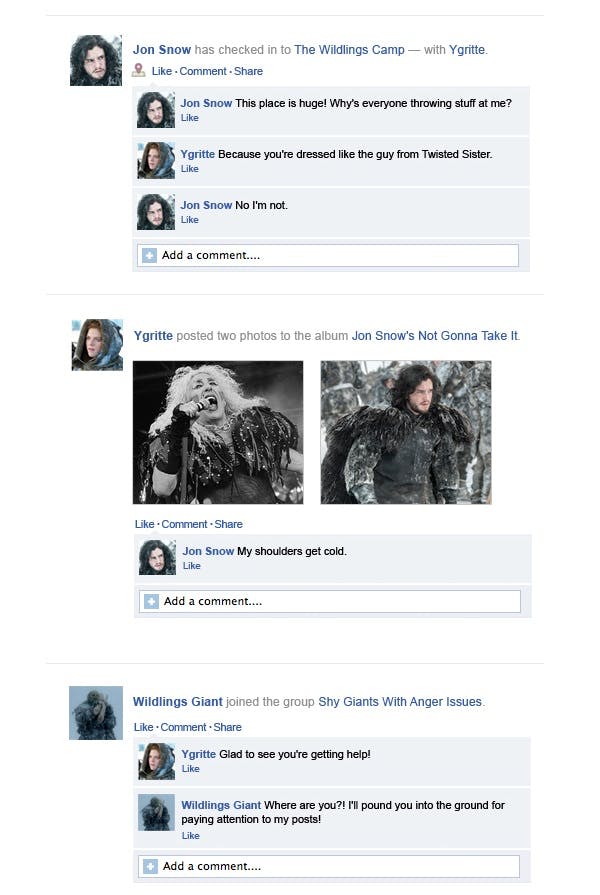 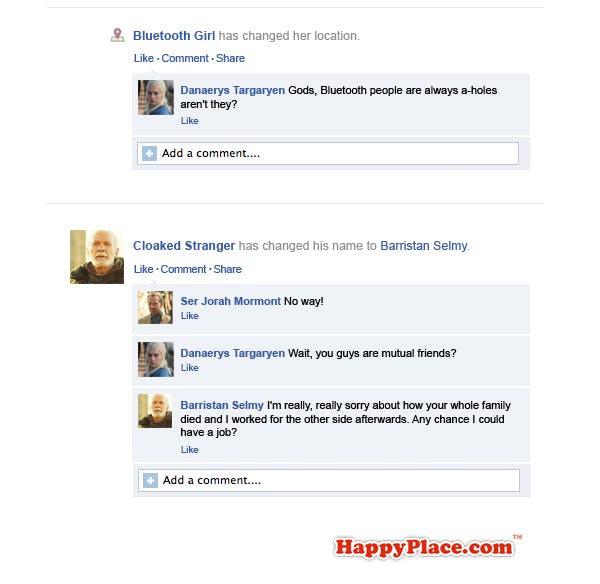