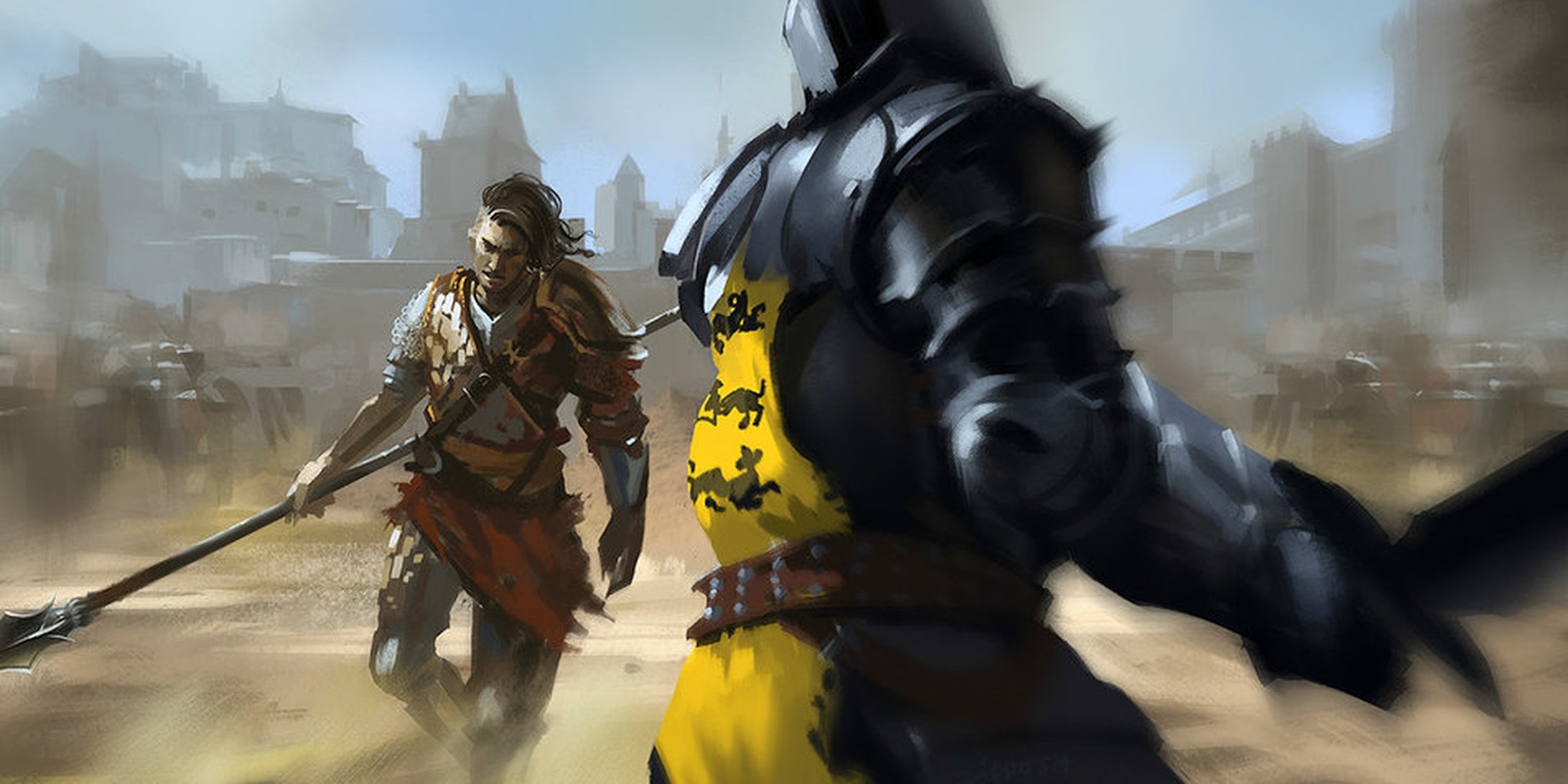 It is neither coincidence nor sadism that the characters toward whom we feel the most affection ultimately suffer the most.

Warning: This article contains spoilers for A Song of Ice and Fire and the latest episode of Game of Thrones.

Last night on Game of Thrones, bisexual badass Oberyn Martell, the Red Viper of Dorne, had Gregor Clegane, the Mountain That Rides, on his back, hamstrung and speared in the gut in the trial-by-combat to determine Tyrion Lannister’s guilt or innocence in the murder of Joffrey Baratheon. Oberyn Martell stood over Gregor Clegane and demanded a confession of guilt for the rape and murder of his sister Elia and her children years before. Oberyn gets his confession, but only as the Mountain punches out his teeth, thumbs in his eyes, and crushes his skull with his bare hands.

Fans’ reactions were swift and horrified. Facebook statuses and tweets poured in all night, each more disturbed than the last, while redditors turned to their dedicated subreddit to commiserate with one another. But is there a method to the madness?

Oberyn’s death is so upsetting not only for its brutality but also because viewers (and readers) came to believe that Oberyn knew how to play the game. In the books, Oberyn is an even more well-developed character by the time he meets his end, and readers are given to understand that he can (and has) matched any Lannister for cunning and cruelty. Like Tyrion said, you don’t get a nickname like “The Red Viper of Dorne” for nothing.

Like Robb Stark, Oberyn is out for justice. But unlike Robb Stark, Oberyn has no higher aspirations to rule, no apparent desire for power. This is a man the audience can root for—especially now that we think we’ve learned our lesson, after all. We think we get it; we think he gets it. Oberyn, like Arya Stark, simply wants to kill the people who have hurt him. We think, at last, we can recognize which characters have the ruthlessness to survive in this world and which do not. Or, at least I do (did?).

As awful as George R.R. Martin is to his characters, I’d like to believe that there is a pattern to all of this death and suffering. He’s not just killing off your favorite characters for fun. If that were the case, readers and viewers would not stick with the series. There is a logic, horrible though it may be, to all of this violence; it is neither coincidence nor sadism that the characters toward whom we feel the most affection ultimately suffer the most.

Oberyn visits Tyrion in his cell before the trial by combat and tells him the story of Elia Martell. He tells him that he has come to King’s Landing to spill Lannister blood, starting with Gregor Clegane. “If you want justice, you’ve come to the wrong place,” Tyrion tells Oberyn. Tyrion, of course, is right: Oberyn was dead the instant he had the chance to cut the Mountain’s throat and chose not to, instead madly demanding a confession that on some level he must have known he would never receive. “Maybe I could take him, dancing around until he’s so tired of hacking at me he drops his sword. Get him off his feet somehow,” Bronn had said to Tyrion earlier, describing what it might take to defeat the Mountain. “But one misstep, and I’m dead.” Oberyn’s misstep is in seeking justice rather than simply vengeance.

“Given the opportunity, what do we do to those who’ve hurt the ones we love?” Littlefinger asks of Sansa Stark. In Westeros the answer is this: You can seek justice, and you may receive it, or you may end up getting your skull exploded while your paramour watches, justice being little more than a word used by the powerful to legitimize their actions. Or you can seek vengeance, as Arya Stark does: One way or another, you kill the people who have hurt you and the ones you love. Arya Stark has no interest in confessions, because Arya Stark knows firsthand that there is no justice in King’s Landing or anywhere in Westeros. She just wants people to die; it doesn’t really matter how.

There is, however, a slight twist in all of this, and if you have not read the books through A Dance with Dragons, be warned that there are slight spoilers ahead (slight because they are only relevant to the fate of Ser Gregor Clegane). After the trial, the Mountain falls ill; the blade of Oberyn’s spear was poisoned. The Mountain suffers, long and loudly, before dying. So it is that Oberyn does receive vengeance, posthumously, and casts his action (or inaction) during the duel in a different light. Tyene Sand, one of Oberyn’s bastard daughters, confirms that a mere scratch from a blade laced with this particular poison would be deadly enough to kill.

Given this, we come to understand Oberyn’s choice not to cut the Mountain’s throat and be done with it in a different light. That is to say, Oberyn knows the Mountain is doomed—he knows that no matter what happens in the course of the duel, the Mountain will die. His mission is accomplished. He liberates himself to accuse Tywin Lannister of ordering the Mountain to do what he did, free to rage and to gesticulate wildly and ultimately to get himself killed. It’s selfish, really: He lets himself be consumed with his righteous rage, martyring himself needlessly, leaving his daughters without a father and his paramour without a partner (to say nothing of Tyrion).

“When you play the game of thrones, you win or you die,” Cersei says. Oberyn Martell, we come to understand, was playing a different game, his own game. But it did not keep him from dying.