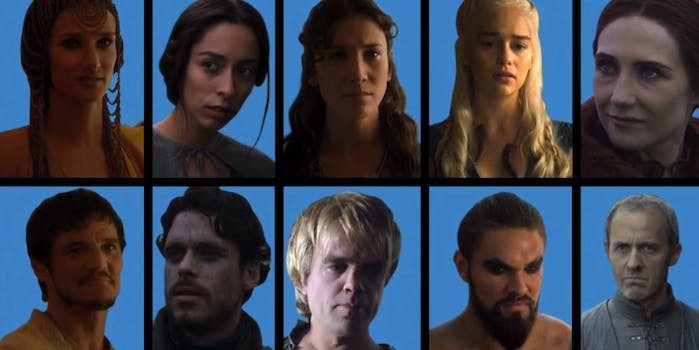 Finally a theme that'll tell you just who everyone is on this show.

The Game of Thrones opening credits still captivate audiences after four years, but there still could be somethig missing.

It’s no secret that Wil Wheaton is a fan. Last week he introduced the Hodoround with actor Kristian Nairn to his audience on The Wil Wheaton Project. He argued that as cool as the opening is, it lacks any information about the characters.

He fixed that for you: Cue the Brady Bunch theme.

It probably isn’t a story any lovely people, and a lot of terrible things happen when these families all get together. But, if nothing else, it’ll make you realize just how many characters are still on Game of Thrones.