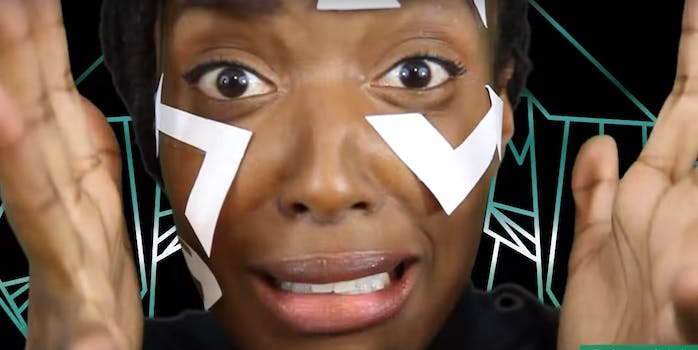 This latest Gaga parody is spot-on and ambitious, and as one commenter said, “A Tumblr anthem.”

Chesca Leigh spent 10 hours making a parody of Lady Gaga’s “Applause” for the Tumblr community, and what do Tumblr users want? Reblogs!

This latest Gaga parody is spot-on and ambitious, and as one commenter said, “A Tumblr anthem.”

In her messy painted face, Leigh, also known as Franchesca Ramsey, sings the chorus in her best Gaga voice, which goes, “I live for your reblogs!”

Another commenter wrote, “This must have been so much work, oh my god. Looks amazing!”

Leigh replied, “Thank you! your enjoyment makes the hours of work worth it!”