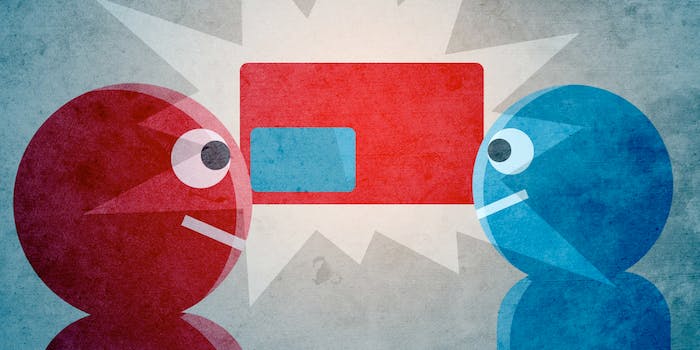 Fullscreen wants to be Netflix for millennials

When Fullscreen’s new streaming service debuted in April, there was pizza and superhero series to consume, and a question to be answered: Who’s watching?

Fullscreen previously lived as a multi-channel network on YouTube, where it elevated creators like Devin Super Tramp, Jack Vale, and Alexis G. Zall and boasted a network of 75,000 partners. The company is at the annual VidCon conference in Anaheim, California, which kicks off today.

Just last fall, the company said it would debut a new subscription service. Martin Keely, Fullscreen’s GM of subscription platforms, says that in surveying the landscape, they didn’t see a premium service that would offer a next step for creators—there was just a “white space” where one could take over.

So they filled the space with content that isn’t hindered by a “TV ecosystem where you have to do a 22-minute show,” Keely says, though of course it has to be “brand-friendly,” especially since AT&T is a major partner. In the lead-up to the debut, Fullscreen CEO George Strompolos used MTV as an example of what the platform could be. There’s certainly a focus on nostalgia in offering access to Dawson’s Creek, Daria, and Saved by the Bell, but Keely says it’s more a general feeling of youth and coming of age that they’re trying to capture.

“When [MTV] launched, it was a new kind of format,” he says. “Focused just on music videos, but it appealed to a younger audience and over time they broadened out the types of programming that they put on their network.”

“We’re partners with [YouTube], we’re competitors with them,” Keely says. “Frenemies I guess…”

The Fullscreen demo is broadly ages 13-34, with a “perfect consumer” in the middle of that range. “We know that younger teenagers are watching shows like The Walking Dead and Game of Thrones, we know that older audiences have that nostalgia factor for shows set in high school or college-aged years, and so we hopefully hit that sweet spot of 18-24,” Keely says. In terms of gender, he says over time they expect viewership to be more balanced, but it’s leaning female now.

While Fullscreen doesn’t reveal viewer or subscriber numbers, Keely hints that one of their most popular releases was one of its most promoted: That’s likely Electra Woman and Dyna Girl, starring Grace Helbig and Hannah Hart, a reboot of a ‘70s television series. But it’s not just trying to chase the superhero money: As Helbig told the Daily Dot, they’re trying to offer a different viewing experience:

“There’s a lot of very stereotypical superhero tropes that we make fun of and give a wink and a nod to throughout the series, there’s action-packed fighting sequences, and then there’s very human, toned-down, interpersonal conversations that are very Gilmore Girls-esque. There is something for everyone in the series, and the two leads aren’t bitches and don’t hate each other, which I think is way more enjoyable to watch.”

In addition to this signature release, Fullscreen has tried to elevate more content from women with its Girls Night In tour, and new personality-driven shows like Zall Good with Alexis G. Zall and Slumber Party with Alie and Georgia, which was originally a podcast. Co-hosts Alie Ward and Georgia Hardstark say the transition was fairly seamless, which is promising for more podcast-to-series projects: “They let us build a real, live pillow fort and wear pajamas—outside our houses—so we were totally stoked.”

Sketch comedy show Party in the Back is a meta look at life as a Fullscreen creator, and Paul Scheer’s original comedic series Filthy Preppy Teen$ parodies shows about teen privilege. They’re trying out the talk-show format with Slumber Party, Kingdom Geek, and Shane and Friends. There’s a focus on the mobile-first audience: “snackable, short-form content,” Keely says. There’s also a focus on keeping users engaged outside of viewing with social features like GIF-sharing.

One of the more surprising announcements was new thriller series The Deleted, directed by Bret Easton Ellis, author of Less Than Zero and American Psycho. The Deleted isn’t helmed by a YouTube personality, and Ellis has a bit more mainstream name recognition than many of Fullscreen’s creators, which is helpful in drawing in a larger audience.

It hasn’t been an easy transition for YouTube stars to TV and film. Helbig’s 2015 E! talk show didn’t make it past one season. Last summer, Bad Night tried to turn the tide of mostly male YouTubers getting their own films, but many of popular crossover films were still predominantly white and male: AwesomenessTV’s Cameron Dallas vehicle Expelled and Fullscreen’s The Outfield, starring Dallas and Nash Grier, both landed at No. 1 on iTunes. Rachel Bloom’s Crazy Ex-Girlfriend is perhaps the most successful leap for a YouTube personality, though it wasn’t through one of the platform’s star factories.

Fullscreen also isn’t the first platform trying to fill in the white space: YouTube Red and Vessel both offer a monthly subscription service, but Fullscreen’s breakout puts it in direct competition with Red. It also has to draw in viewers who perhaps aren’t familiar with Fullscreen outside of YouTube—or at all—but the $4.99 price tag certainly helps.

“We’re partners with [YouTube], we’re competitors with them,” Keely says. “Frenemies I guess is the term some people use.” He adds that they’re in competition with lots of platforms—and indeed, the streaming market is getting more and more crowded by the day—but time is really what they’re up against. In time, perhaps we’ll know who’s watching.