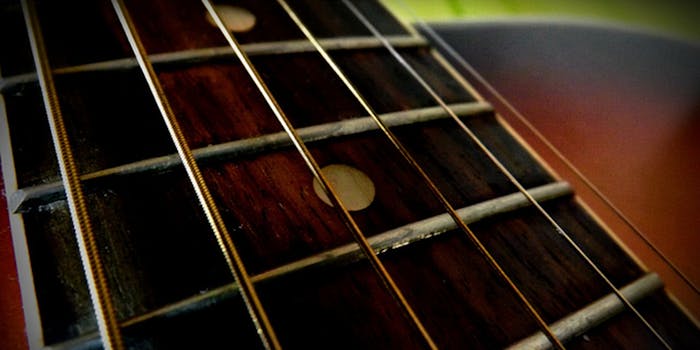 Fans have been speaking out on Tumblr.

The 23-year-old Ohio-based musician, known for his confessional acoustic songs, is accused of inappropriate relations with underage fans on social media and via text. It’s also alleged that “sexually explicit pictures” were exchanged, the Times reports.

Many of the women claim interactions with Mcelfresh began with direct messages on Twitter, before he moved to text and phone calls. The Times also obtained texts to two women involved, which included sexually explicit content, including photos of himself. The two women said they met Mcelfresh at his shows, but that was the extent of their real-life interaction.

In the last few weeks, Tumblr has become a discussion board for many of the women alleging Mcelfresh was inappropriate, as well as fans defending him. According to the Times:

Some of the young women shared their stories on their personal Tumblr accounts using their names. Others have done so anonymously. Reached by phone, two of the young women provided additional information that they said corroborated their interactions with Mr. Mcelfresh, including photos and screenshots.

Accusations against several high-profile YouTube musicians and celebrities came to light in 2014. Many alleged victims in those cases also started speaking out on Tumblr.

Mcelfresh, who has not yet been charged with any crime, recently suspended his spring headlining tour in the wake of the allegations. He was scheduled to play this summer’s Warped Tour, but Kevin Lyman, the tour’s founder, told the Times in an email, “He has suspended all touring operations for the foreseeable future and that would include Warped.” A Change.org petition from December asking Warped Tour to take Front Porch Step off the lineup has seen more than 12,000 signatures.

In a Facebook post from Jan. 4, Mcelfresh addressed his fans, but did not go into detail about the allegations:

As I posted 3 days ago, I am taking the appropriate time to assess these very serious allegations against me and I am not taking them lightly. Until I can do that in a complete manner with all the information I have at my disposal, I will not be continuing with any current touring activities for the time being.

Yes, we're aware of the rumors. Due to the serious legal nature of them this will not be handled over night. Thank you for your patience.

An email to Mcelfresh’s management was not returned. We will update with any comment.

Update Jan. 10, 5:11pm: Via email, a representative from the Working Group Artist Management told the Daily Dot, “I cannot comment on the matter any further than to say the allegations are very serious and he’s taking the necessary time to look into it all which includes canceling his spring tour.”