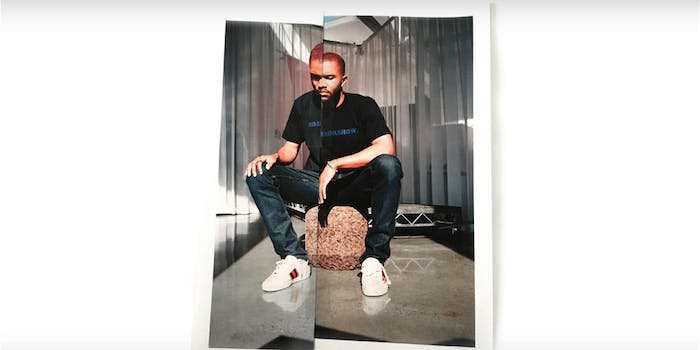 A 1961 Henry Mancini song gets a late-night rework.

On Wednesday, Frank Ocean released a cover of Henry Mancini’s “Moon River,” which appears in the 1961 movie Breakfast at Tiffany’s.

Ocean dropped it on his Tumblr “in the late night,” and it sounds distinctly Frank Ocean, a sumptuous mix of plaintive guitar and layered vocals. It also got some love from fellow musicians.

In a previous post, Ocean gave a shout-out to the Shaggs, and late last year he hinted that he might have finished another album. He released Blonde and Endless in 2016. The cover caused even more speculation about a new album because some people apparently didn’t know it was a cover.