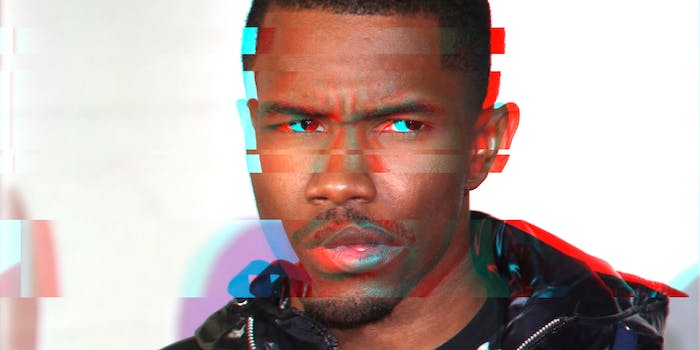 'Blonde' ran as an Apple Music exclusive for three weeks.

Frank Ocean‘s Blonde is one of the year’s biggest albums. But until today, Apple Music was your only legitimate way to stream it on demand.

After being illegally downloaded more than 750,000 times, and floating around Pandora, Ocean’s millennial-defining tour de force is now on Spotify. Before landing on the ad-supported, free streaming platform, the album was an Apple Music exclusive for its first three weeks online.

Go ahead and beam the thing:

Interestingly, Blonde had a quiet arrival. It did not land on Spotify’s “New Music Friday” or “Release Radar” playlists. The Spotify Twitter account ignored the news as well. This fuels speculation, following a Bloomberg report last month, that the free streaming giant makes it a point to not promote artists who have had exclusive streaming deals with competitors like Apple Music and Tidal.

Spotify has denied the reports.