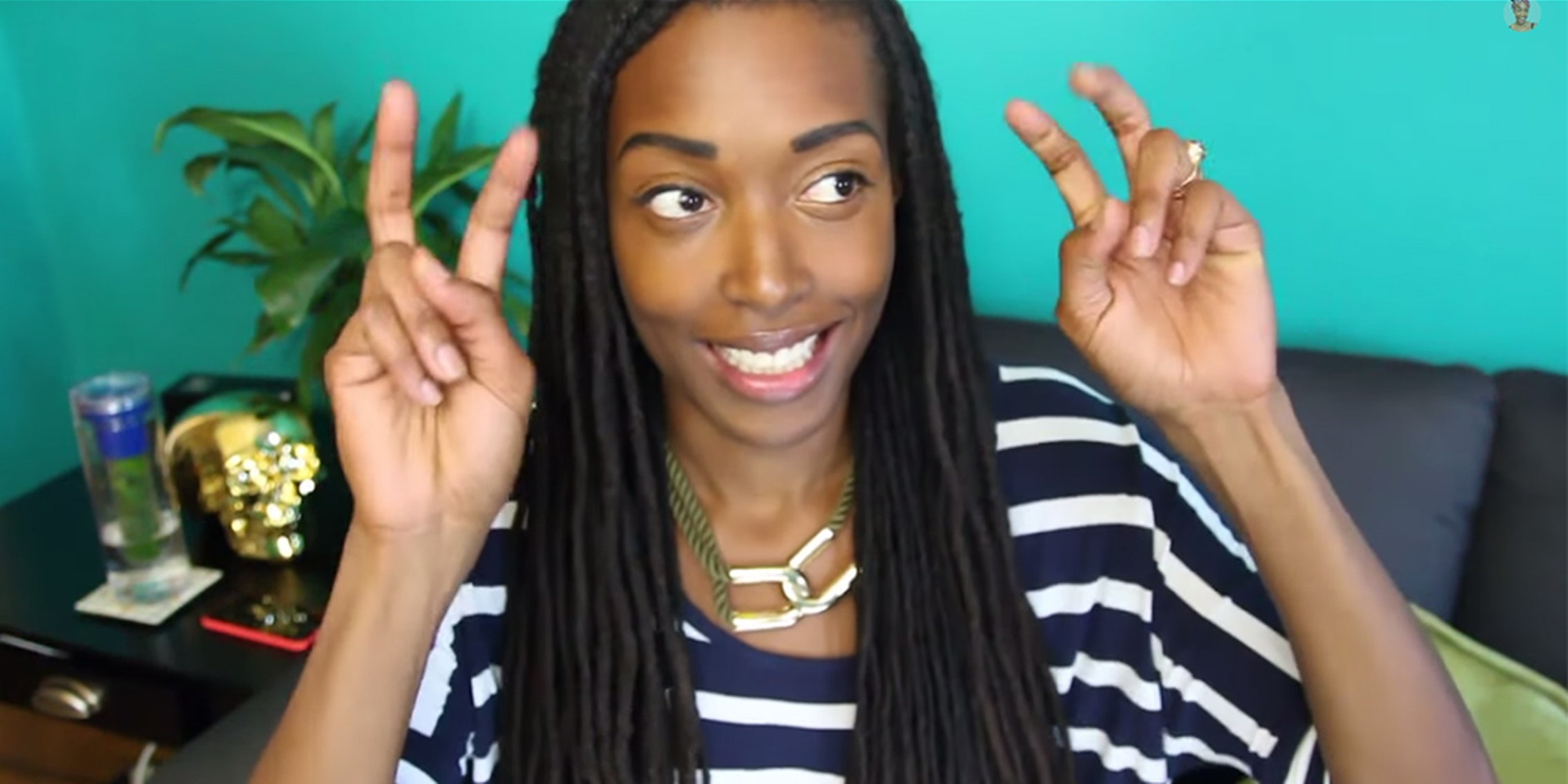 Fans of Shane Dawson have allegedly harassed and threatened YouTuber Franchesca Ramsey for her callout of racist YouTube comedy.

YouTube prankster Sam Pepper has spent the last week embroiled in controversy. He’s been accused of sexually assaulted multiple members of his fanbase, not to mention crossing similar lines in a so-called prank video.

The YouTube community responded with swift condemnation of Pepper, who sparked the controversy just as he was making the leap from YouTube to film. He was rapidly dropped from his network, and VidCon founder Hank Green made a Tumblr post stating that Pepper was “not welcome at VidCon.”

But to vlogger Franchesca Ramsey and other bloggers, a piece of the conversation was missing. While the mostly white community of YouTube vloggers rushed to distance themselves from acts of sexist comedy like the kind Pepper claimed to be engaged in, there seems to be no similar standard of condemnation for comparable acts of racist comedy on the platform.

On Wednesday, the blogging community spoke out against one YouTuber specifically who had repeatedly engaged in examples of what they felt were racist humor: popular YouTuber Shane Dawson. Dawson came under fire in 2012 after an uncomfortable VidCon segment in which he invited teen girls onstage and encouraged them to engage in what he called “ghetto pranks,” which included jokes about chicken and booty dances.

Before and since then, Dawson has also been a longtime adopter of blackface for various YouTube skits. Witness this tweet from 2009:

ive done black face for randy jackson a while back but this somehow feels like it could be more offensive LOL maybe caramel face??

Black Tumblr and YouTube members wanted to point out that Dawson had yet to suffer any real repercussions for his incidents of blackface. The posts made about Dawson came as a wake-up call, if not a total surprise, to many fans and prompted a huge cross-community discussion about what blackface actually is, and why it is culturally appropriative and harmful. “Caricatures of black people were literally CREATED by white people to justify our mistreatment and oppression,” Ramsey wrote on her own blog.

“We were portrayed as stupid, aggressive and over sexualized to influence how people perceived all black people. White people weren’t doing blackface and portraying teachers, doctors and lawyers ya’ll. If you’ve never met a black person or don’t regularly interact with black people and the MAJORITY of representations of black people you’ve ever been exposed to are negative….you’re going to believe it’s true.”

Ramsey called out the community’s apathy over Dawson’s actions, as well as his own:

“Sam was banned from Vidcon over ONE video. Shane has done his modern day minstrel show act AT VIDCON and faced no repercussions. It’d be nice if he’d acknowledge why these thing are problematic, apologize to his audience and stop doing them.”

On Friday, Dawson removed most of the controversial videos and apologized, but not before he mocked bloggers on Twitter and minimized the criticisms he was hearing. Ramsey also felt Dawson had encouraged his fans to be combative with her and other bloggers.

Dawson seems to have moved on, tweeting about the success of his new prank film, Not Cool. But Ramsey has been continually embroiled in arguments with fans angry at her and others for what they see as attacks on Dawson. On Friday, Ramsey uploaded a video in which she discusses the harassment she received and also attempts to educate fans on why Dawson and others need to be called out for using blackface as an element of their comedy:

Today, Ramsey tweeted that she had been subject to death threats and racial slurs, along with a threat to have her fired.

when jokes about marginalized ppl contribute to them being killed and mistreated, you can’t tell them to “have thicker skin” @KingAllec

i need to “get a thicker skin” meanwhile trolls out here attacking my friends, family & contacting my agent bc i talk about racism. ok.

someone messaged me to say they were contacting my job so i’d be fired…but i need to get a thicker skin about racist jokes?

after dealing w death threats and slurs all wk, i went out of my way to be calm in my vid & not name call. but i should get over it?

people in my mentions and inbox ALL WEEK threatening me, but these fools want to lecture me on how i should talk about racism?

i swear, you’d think being called racist was WORSE than actually…i dunno…EXPERIENCING RACISM!?

Meanwhile, black bloggers and vloggers are still debating the ethics of Dawson’s comedy, as well as breaking down Dawson’s apology. YouTuber Tay Zonday argued that since the overall point of Dawson’s performance art is to be socially disruptive and “ugly,” his use of blackface shouldn’t overshadow his other messages. But others insist that rather than attempting to challenge racial societal norms, Dawson has spent years willfully ignoring the voices of black critics whose lives are directly impacted by racist comedy.

“The point is you made no effort to learn what you were doing, learn why it was harmful, and amend it a long time ago,” explained YouTuber Lee Williams. Although Dawson said in his apology video that he wanted to use this incident as “a learning experience,” Williams pointed out that Ramsey had been calling out Dawson’s use of blackface for “years” before this month’s events, to no avail. It wasn’t until Pepper’s career was “demolished” over the backlash, as Williams noted, that Dawson was ready to pay attention.

So far there appear to be no plans to drop Dawson from his agency, United Talent.  VidCon declined to comment to the Daily Dot on whether Dawson would be invited to appear at future conventions.