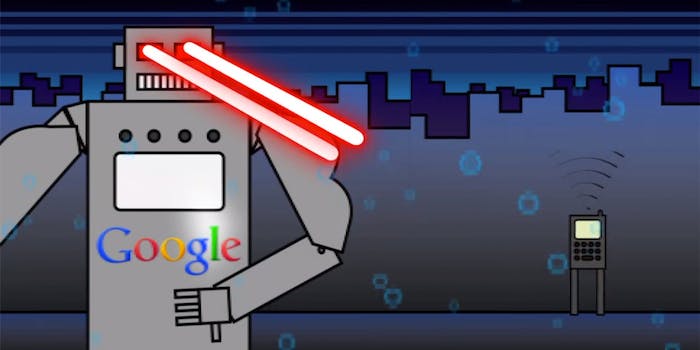 Explaining the news through song: A personal case study

What the Daily Dot's Dave Holmes learned from achieving viral success with "The Fracking Song."

One and a half years ago, in a conference room overlooking lower Manhattan, I stood up in front of the editorial team at one of the most-renowned investigative journalism outlets in the world and started to rap.

It would have been a surreal experience for anybody, let alone a guy who just months earlier had been working in a call center. But there I was, in the media capital of the United States, singing about hazardous chemicals and drilling techniques, half-wondering how soon I could catch a plane back to Columbus, Ohio to laugh with my friends about the time I tried to be a journalist.

But after two fracked-up verses, ProPublica’s Scott Klein, Amanda Michel, and Eric Umansky were cautiously optimistic that my silly song could actually help explain hydraulic fractured drilling to their readers. And thus the seeds were sown for my “career” as a guy who writes songs about the news.

While our songs are presented in a journalistic context, the potential for Web video in the field of education is huge. Earlier this month, we saw the launch of YouTube EDU, a portal for educational videos on just about anything.

“There’s no way that online video can replace physical classrooms led by educators,” John Green, who runs a world history channel called Crash Course, told Daily Dot. “But in the developing world, these resources could really be revolutionary.”

My interest in the intersection of education, journalism, and the web began when I joined Studio 20, a journalism master’s program at New York University led by Jay Rosen. In a nutshell, Studio 20 asks students to think critically about the state of media and technology and (this is the really important part) apply that insight to innovative projects that often exist at the fringes of journalism.

One of the these projects was “The Fracking Song,” the music video I pitched for ProPublica as part of our Building a Better Explainer initiative. I wrote the music with the help of a fellow Studio 20 student Niel Bekker and my friend Andrew Bean. We then enlisted two animator friends of mine, Lisa Rucker and Adam Sakellarides, to create the visuals (another theme of Studio 20: collaborate with basically everyone you know). The big idea was to explain the complicated process and politics behind hydraulic fractured drilling—a topic ProPublica has spent over two years investigating.

What happened next was completely unexpected: A catchy melody, a pseudo-vulgar phrase, and (most importantly) a topic whose time had come all crystallized to achieve that elusive quality known as “virality.” David Carr tweeted it out. Mediabistro covered it. Then Huffington Post got a hold of it, and the rest was history.

I wish I could say the experience gave me some secret blueprint explaining how to make a video go viral, but the truth is, no such blueprint exists. We try to make all our songs as fun, catchy, and informative as possible, but our success rate will never be perfect. And besides, music appreciation is by definition subjective.

That said, we were extremely lucky in our timing. We released the song during an end-of-semester Studio 20 presentation in May 2011,E which just so happened to coincide with a huge uptick in visibility of the fracking issue. According to Google Insights, the number of search queries for “fracking” increased by over 400 percent between December 2010 and November 2011, and our video was released right in the middle of that surge.

Over the next year, I collaborated on songs about congressional redistricting, Super PACs, and foreclosures. Our team also cemented: Bean and I would handle the music and lyrics, while Sharon Shattuck and Krishnan Vasudevan, two immensely talented graduates of the New York University news and documentary concentration, would handle the visuals.

The latest project for Explainer Music (that’s what we call ourselves these days) is a partnership with the technology website PandoDaily. Our first video went up this week. It looks to explain the 1990s tech bubble and how that disaster differs from the not-really-a-tech-bubble-but-still-problematic situation today. It also sounds like an 8-bit video game.

While we haven’t closed the book on “long-form” news songs, most of the videos we’ll make will be shorter and leaner with a turnaround time of just one to two weeks. By this time next year, we’ll have built a huge library of explanatory content. It’s very much in the spirit of Jay Rosen’s explainer manifesto, providing helpful context to ongoing stories so when journalists report new information, they won’t just give news consumers “updates to software that was never installed.”

That’s why the easy distribution of YouTube is so crucial. If consumers and journalists perceive a gap in how the news is reported (in this case, not enough explanation) they don’t have to wait for major organizations or institutions to fulfill the need. Any schlub like me can create a YouTube account and spit out content I think might be beneficial to viewers.

While the success of our videos has largely been driven through more institutional channels, guys like Kevin T. Porter who created the Sorkinisms supercut will tell you that if a video is well-timed and entertaining (and in our case, we’ll add “informative” to the list), all it takes is a community on Twitter or Reddit to discover it in order to attract a huge audience.

This is where the principle of  entrepreneurship, which is so foundational to the curriculum of Studio 20, comes in. Now when I say entrepreneurship, I don’t mean, “starting your own business.” I mean charting your own path, with or without the help of an established journalistic institution, and, most importantly, not waiting for someone else’s permission to do something innovative.

Professionally-speaking, I’m not always as fearless as I was the day I stood up in ProPublica’s conference room. But when I am, I’m not afraid to drop 16 bars.