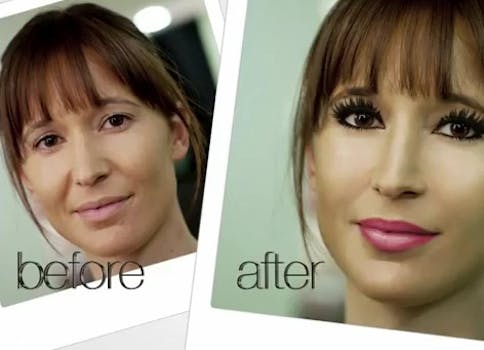 Hey ladies —the perfect, new, must-have beauty product just hit the market. Have you heard of Fotoshop by Adobé?

“The results are so dramatic, they’re almost unreal,” promises Californian filmmaker Jesse Rosten in his parody commercial for the faux product.

“Why eat healthy and exercise when you can just look like you do?”

The inspiration behind the cheeky video, besides highlighting society’s unrealistic beauty standards, explained Rosten on his website, was a late-night TV ad.

“I was watching TV one sleepless night and stumbled upon an infomercial for some beauty product. The commercial showed before and after portraits, that to my eye, looked like the same photo just photoshopped. I laughed to myself. Then I made this video.”

Uploaded to Vimeo on January 9 and then YouTube, too, the video has already been viewed 1.9 million times. Rosten’s work has received countless media mentions, from the Huffington Post, Adweek, Jezebel, the Washington Post, and even the UK’s Daily Telegraph.

In other words, the video is a hit, and rings true for many folks—especially people who do this kind of photo manipulation for a living.

“As someone who’s worked in the creative department of a magazine, I’m just amused by this video, simply because it’s very true. You wouldn’t believe how much a picture gets edited. But it’s the idea and image the media’s selling, isn’t it? Everything’s glossy perfect. ‘Real’ doesn’t sell. Even when you put in some elephants,﻿ they get photoshopped and their skin ‘smoothed out’ too. Yes, elephants. I’m not even joking.”

So what comes next in the quest for the perfect body, because obviously exercising and eating right is too hard?

“Guess one﻿ day there would be some Adobe goggles launched where people look more artificially and unnaturally attractive.”