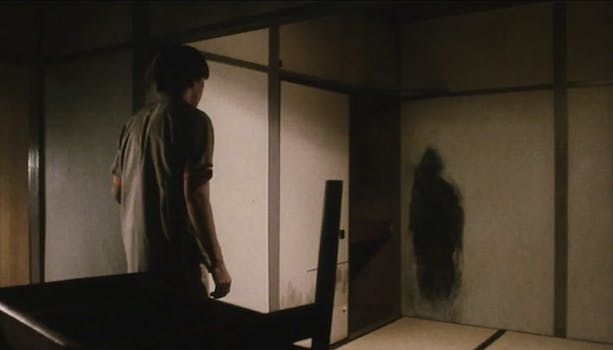 There’s something about foreign horror movies that stands out against the majority of American films in the same genre. Maybe it’s because American horror leans heavy on formulas (hello, jump scares), while many foreign filmmakers take unexpected approaches instead. Or perhaps the flavor of each culture’s perception of what is frightening makes for a fresh experience.

Since foreign horror is one of my personal passions, I’d like to give you some recommendations for horror movies to watch if you’re the kind of person who likes to watch one every night in October (or in my case September, since I can hardly wait for All Hallows Eve). You won’t be jumping out of your seat watching any of these. But I will warn you: they may leave you feeling haunted for days instead.

Many foreign horror fans may not know about this Australian gem. Lake Mungo uses a mockumentary style to tell the story of Alice Palmer, a teenager who drowns while swimming with her family at the local dam. After her death her family experiences strange phenomena, leading them to believe she may not be gone. But unlike typical haunting stories, Lake Mungo explores more contemplative themes instead. Did anyone that loved Alice really know her?

I can’t believe Audition came out 21 years ago and still summons a tingle of dread in my spine, but it absolutely does. The story is about widower Shigeharu Aoyama, who decides he’s ready to try his hand at love again. He goes about it in a shifty way: by holding a fake audition for a leading lady with some help from a film industry friend. He meets Asami, a stunning woman who seems like the perfect, demure princess he longs for. One can’t help but kind of feel like he gets exactly what he deserves in the film’s harrowing finale. It’s tough to watch, but also what makes Audition a foreign horror classic.

Adapted from the Swedish novel of the same name, Let The Right One In explores one of the loveliest, most nuanced relationships between a human and a non-human ever put to film. 12-year-old Oskar is painfully awkward and bullied by his classmates, and in his moments alone he fantasizes about revenge. Meeting Eli, a girl who appears in his apartment courtyard, opens the doors to a world he could never have imagined. But can they love each other one he knows what she is? It was remade as Let Me In in 2010 (and remade very well), but the original is still the classic version in my eyes.

Martyrs is the kind of foreign horror film that you finish and mutter, “Amazing. I never want to see it again.” Two abused, deeply disturbed women seeking revenge against the people that victimized them is not everyone’s idea of entertainment. That said, if you can stomach the violence, its brilliance is hard to ignore. Martyrs falls under the category of New French Extremity, a moniker typically earned by films that are extraordinarily violent and sexual. Only go forward with this one if you’re cool with that.

Without Ringu, there would never have been a J-horror craze back in the ’90s. Hideo Nakata’s adaption of the Koji Suzuki novel cemented the horror trope of a cursed videotape that kills all those who watch it in seven days. There are lots of sequels in this series, and don’t bother: they all suck. Stick with the original, which still elicits chills 22 years later. The American remake, The Ring, is also an excellent adaption of the material (especially that chill-inducing horse scene).

If you enjoy your foreign horror in the classy old-fashioned ghost story vein, The Orphanage is for you. When Laura returns to the orphanage she grew up in 30 years ago with her husband and son, she hopes to reopen it as a facility for disabled kids. When their son Simon goes missing on the property, they must delve into its history to understand what’s happening. Guillermo Del Toro chose to financially support this film’s creation. Once you see it, it’s easy to see why. It’s elegant, touching, and polished in a way you can’t forget.

Dario Argento is a well-known name in the world of Italian “giallo” horror. While the prolific director still makes films, Suspiria is often considered his masterpiece. It follows the adventures of ballet student Suzy Bannon, who goes to a prestigious German academy to study. She soon discovers the academy is hiding a horrible secret and must fight to escape. Between the haunting score and Argento’s magnificent use of color, Suspiria stands in a class all its own.

Time has not paled the chill on foreign horror classic A Tale of Two Sisters. It centers around a teenager named Su-mi and her life after release from a mental institution. She returns home to find strange things happening. As her stepmother’s behavior gets weirder, Su-mi and her sister fear the house is haunted. To say any more would give away a particularly delicious twist. But it should tell you something that A Tale of Two Sisters held the honor of South Korea’s top grossing horror film until it was unseated by Train to Busan in 2016.

Found footage as a genre is saturated at this point, but back in 2007 when [REC] was made, it stood out as a terrific example of all the style could be. The plot unfolds in an apartment building as the residents begin to attack one another violently. It seems like zombies at first, but it’s not quite that––and you’ll have to make it to the end to find out what the real problem is. [REC] is also notable for its low budget. It cost two million to make and raked in a whopping $23 million, making it one hell of a success.

Pulse is a fascinating film, especially for those who grew up watching the birth of the internet. Kiyoshi Kurosawa’s take on a group of computer-using teens who kill themselves is dense with masterfully executed dread. I’ve seen hundreds of horror films, but the atmosphere of this one sticks with me years later. Pulse communicates the profound loneliness that Japan has long suffered from, leaving you feeling as if you’ve peered into a window at an image of yourself you hardly recognize.