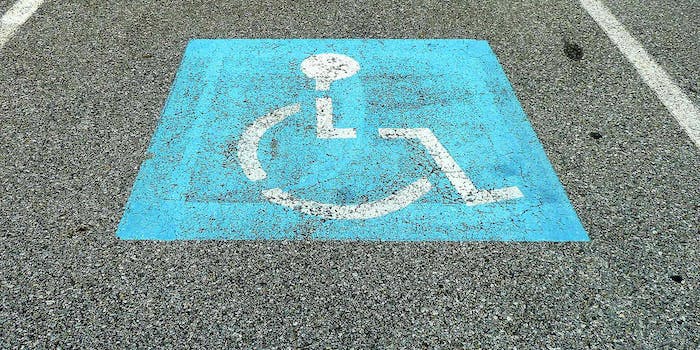 ‘Fixed’ explores whether disability is really something we need to fix

Regan Brashear's 'Fixed' explores the possibilities, and limits, of the technologies that accompany disability.

For an increasingly large subset of people fascinated by the utopian promises of the future available through technology, getting beyond the limits of the human body—and, perhaps, death—is a crucial aspect of a brighter future for all humans. Although futurism and transhumanism have both made similar tokenistic attempts at including people with disabilities, chronic illnesses, and/or other lifelong conditions in their respective visions of the awesome future, there’s been a missing link when it comes to the real, material concerns of people with disabilities.

Documentary filmmaker Regan Brashear’s new film Fixed: The Science/Fiction of Human Enhancement seeks to bring the futurist vision of improving bodily impairments and disabilities into the conversation. The film features a series of interviews with disability advocates, artists, and researchers with provocative ideas of what it means to be, or potentially be, “fixed” by advances in technology.

The idea of people with disabilities utilizing technological advances is not a new one, nor did it originate with transhumanism or futurism. Journalist and current MIT fellow John Hockenberry reminds viewers that people with certain physical disabilities who use adaptive technologies have traditionally been among the first adopters of what he calls “human-machine collaboration,” particularly in using devices such as canes, wheelchairs, walkers, and prosthetics.

In an increasingly technologized society, the potential for people with disabilities to benefit from such advances as computerized prosthetic limbs, wearable exoskeletons that allow users to walk upright, and 3D-printed limbs—to name just a few—remains an exciting possibility.

Expensive technology intended to “fix” the impairment(s) of people with certain disabilities might not even appeal to them; it may cost too much, be too time-consuming for them to integrate into their daily routines, or might have other drawbacks that would end up negating the technology’s usefulness for the very people that it is intended to benefit.

One of Fixed’s greatest strengths lies in its willingness to question the positivity of the futurist and transhumanist agendas that certain disabilities can, and should, be fixed for the good of humanity. The film spotlights particularly strong advocates against the all-encompassing idea of fixing being a positive ideal, among them activist and artist Dominika Bednarska, biochemist and ability studies professor Gregor Wolbring, and futurist Jamais Cascio.

Another concern that many of Fixed’s interviewees bring up is that of the hierarchizing of ability and disability, or the re-entrenchment of those hierarchies as technology continues moving forward. While the idea that fixed versus un-fixed people with disabilities in the future is a hypothetical one, the looming specter of a sort of ability-based arms race is not.

As professor and researcher Cressida Hayes points out in the film, the normalization of plastic surgery as a fix for average-looking people—when plastic surgery grew out of reconstructive surgery, originally intended for people who had sustained severe war wounds–seems a creepy precedent for what the ability to fix some disabilities may bring.

There remains a profound question of whether mitigating some disabilities (at least somewhat) through high-tech options will start some sort of dis/ability caste system, where those who can afford to buy their way out of disability with technological advances will be seen as better, more able, or more normal than those who cannot, or choose not, to pursue a technological solution to their impairment(s).

The inability of assistive technology to fix pervasive ableism—and ableist ideas about people with a variety of disabilities—is an idea that shadows Fixed, and as a viewer, I wish that more time had been spent on the concept. Futurism and transhumanism’s starting points of utopianism, too, have quite a bit of import for people with disabilities currently, particularly since both fields seem to sidestep the reality that inequality—ableism, racism, sexism, classism, et al.—exists.

Although reproductive rights advocate and scholar Sujatha Jesudason discusses why that missing piece is so crucial, including a brief historical overview of futurism and transhumanism in Fixed might have further grounded her and other interviewees’ cogent analyses.

The least interesting parts of Fixed are the person-on-the-street interviews sprinkled throughout the film, where casual interviewees are asked what sort of extra-ability or superpower they would like to have if the option were available. In a film that centers the voices and experiences of people with disabilities, these interviews stand as a marked change in tone—and, unfortunately, detract from the film’s serious discussion of futurism, transhumanism, and people with disabilities by having seemingly non-disabled people weigh in on what sort of super-abilities they would choose. While the aim of bringing levity to the film’s discussions is an admirable one, the short interviews do not accomplish this.

Even with its run time barely topping 60 minutes, Fixed is a surprisingly comprehensive introduction to the intersecting—and often thorny—issues surrounding dis/ability, transhumanism, technology, and who the concept of a “better” future includes and excludes.

Photo via F Delventhal/Flickr (CC BY 2.0)