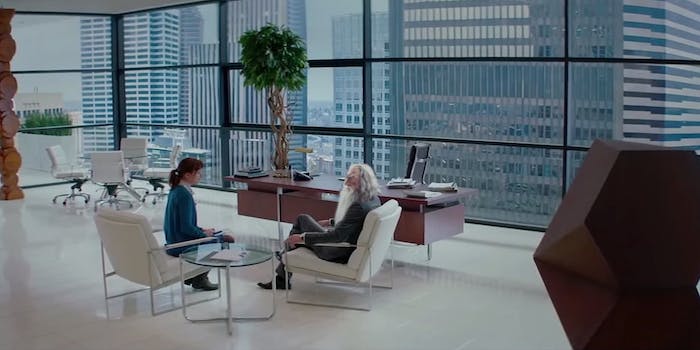 In late July of last year the first trailer for Fifty Shades of Grey was released, bringing with it limitless chances for mashups and memes. For months we had all the footage we needed to create the ultimate parody starring Gandalf the Grey, but somehow we sat idly by.

Thankfully, Adam Harum wasn’t asleep at the wheel like the rest of us and decided to put in the time and effort into making “Fifty Shades of Gandalf the Grey” happen. This Seattle filmmaker worked some magic of his own and managed to flawlessly incorporate the legendary wizard into the life of Anastasia Steele.

Instead of tripping over ourselves to explain his brilliance even more, we’ll leave you with Harum’s amazing description.

Two worldwide bestsellers become… something else… Join Gandalf the Grey and Anastasia Steele as they wrestle with their inner demons and find… love? A wizard is never late — nor is he early… Mr. Grey will see you now.