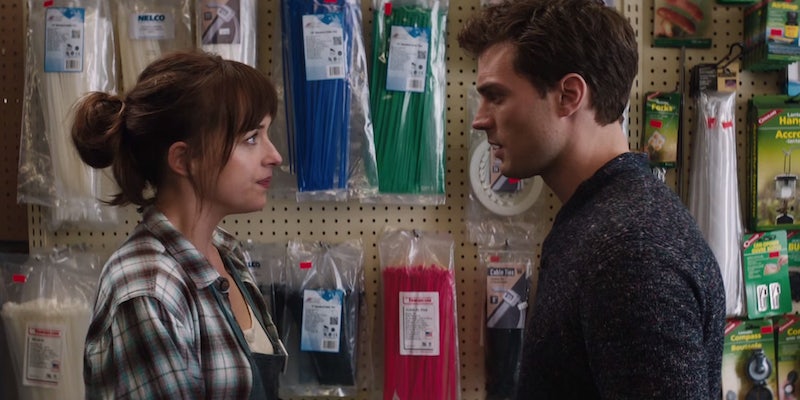 Please, just buy your sex supplies from a sex shop like a normal person.

There’s a lot to make fun of in Fifty Shades of Grey, but the hardware store scene is a strong contender for the film’s weirdest moment. Are household supplies really that sexy? And isn’t it kind of creepy for Christian Grey to show up at Anastasia’s workplace unannounced and start making suggestive comments about rope like a serial killer?

Conan O’Brien was one of the many people to pick up on the inherent ridiculousness of this scene, and now he has parodied it in a commercial for an imaginary hardware store. Need some rope for your mildly kinky sexcapades? Why not head right over to Done Right Hardware, because that’s totally a better idea than going to a sex store and talking to a professional.

This skit may be kidding around with Fifty Shades‘ love of hardware store products, but it’s dangerously close to the truth. Just before the release of the Fifty Shades movie, British hardware chain B&Q sent out an internal memo warning employees about a potential rush on amateur bondage supplies like cable ties and rope—although it was later revealed to be a joke from the PR department.