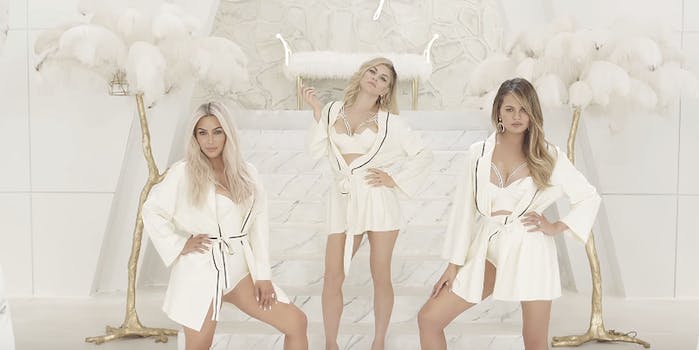 Kim Kardashian, Chrissy Teigen, Ciara get in on the fun, as well.

Fergie on Friday debuted a vibrant new music video for her single “M.I.L.F. $.” That’s a play on “milk money,” in case you missed the dollar sign at the end of the title.

Hanging in the clip? High-profile moms Chrissy Teigen, Kim Kardashian, and Ciara. (Fergie became a mom in 2013.) The Black Eyed Peas star hasn’t released a solo album in 10 years, so forgive us for sleeping on her pop prowess.

And before you flip back into American Pie blockhead mode, keep in mind that the song is an acronym for “moms I’d like to follow.”

Beyond the high-profile gathering of solidarity, the track is a high-energy swan dive that works because of its bass-heavy pace and easy slang. It’s an empowerment anthem with winking fun and veritable chops—let it bang.