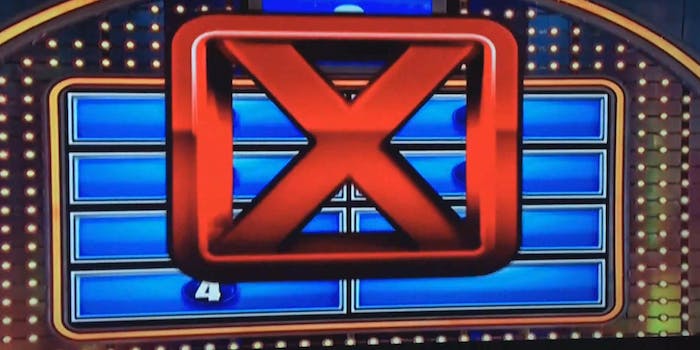 Her answer might lead to a real family fueud.

Current Family Feud host Steve Harvey is used to contestants offering pretty bizarre responses to questions that were posed to 100 people. One recent contestant, however, surprised even Harvey with her depressingly honest answer to the question “If you could change one part of your husband’s body, what would it be?”

Naturally, the camera immediately cut away to Joyce’s husband, Peter (yes, his real name). He gamely hung his head in shame—which is apparently not the first time a part of his body has done that.

While the entire premise of the game show is to pit two full families against each other, this particular episode may have caused the program’s very first in-family feud.