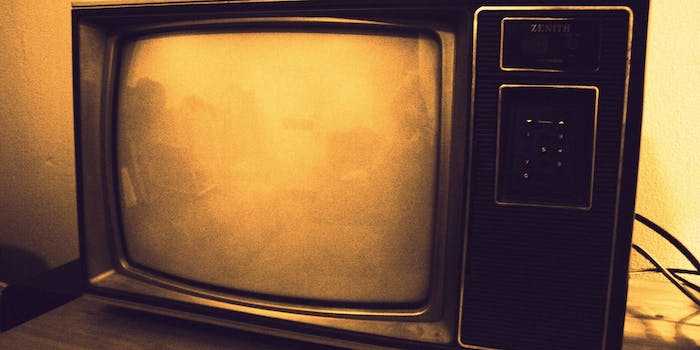 This year, the networks picked up more than 40 new series for next season. Here's what stands out.

Every spring, the broadcast networks, ahead of their “upfront” presentations to advertisers, order a raft of new series, cancel a slew of others, and give a handful of current shows the green light to return for another season. This year, the networks picked up more than 40 new series for next season. And of those shows, four major trends stand out:

Let’s start with some overall good news: Every network picked up at least one show that features a female or non-white lead. NBC’s new shows in particular skew female—all of their shows premiering this fall have a woman in their lead role. And while there isn’t any diversity to the women casted (all white, all stars of previous shows), there is at least some diversity to their roles: Katherine Heigl is the president’s top CIA analyst in State of Affairs, Kate Walsh is a bawdy criminal court judge in Bad Judge, Debra Messing plays a homicide detective in Mysteries of Laura, Krysten Ritter is an aerospace engineer in Mission Control, and Ellie Kemper plays an escapee from a doomsday cult (Tina Fey’s Unbreakable Kimmy Schmidt).

Even better, some of those shows, like Shonda Rhimes’ How to Get Away With Murder and Lee Daniels’ Empire, were also created by women and/or minorities. That includes semi-autobiographical comedy Cristela, created by Mexican-American Cristela Alonzo, whom Deadline reports tested “through the roof,” surpassing Tim Allen, Robin Williams, and Zooey Deschanel.

And Fresh Off the Boat, adapted from Eddie Huang’s novel of the same name and helmed by Nahnatchka Kahn (Don’t Trust the Bitch in Apt. 23), is a rarity in its own right with an all-Asian cast. Some network prognosticators point to the success of Scandal for the rise in female- and minority-led programs this pilot season. It’s cynical, but likely. Which isn’t to say Scandal is bad (it’s crazy-good), but networks shouldn’t need a reason to have more diversity in their lineups.

Traditionally, when networks pick up new shows every spring, they order 13 episodes that will air that fall or the following spring. Depending on how that first passel of episodes performs (in the ratings, in relation to how other new shows are performing), the network will decide to order additional episodes (usually to total around 22-24 episodes) to finish out the season, commonly referred to as the “back nine.” This season more than ever, the networks (especially Fox) are playing around with short-run (13 episodes or fewer) “event” series that air straight through without repeats, similar to how cable shows air.

There are creative benefits to a show having fewer episodes: the storytelling is often tighter, and in the case of series like The Following and CBS’ upcoming Extant, the shorter runs offer less of a time commitment for actors wary signing on to a project with a long network TV production cycle (e.g., Kevin Bacon and Halle Barry).

Other notable examples include Fox’s remake of British murder mystery Broadchurch, called Gracepoint, and ABC’s slotting of Agent Carter between batches of Agents of S.H.I.E.L.D. NBC also has a couple of miniseries on tap: Aquarius, where David Duchovny plays a detective tracking Charles Manson, and Wizard of Oz riff Emerald City. And jumping on the popularization of anthology series, where characters and stories are rebooted in subsequent seasons, à la True Detective and American Horror Story, ABC’s Secrets and Lies (with Ryan Phillippe and Juliette Lewis) plans to stick to a format featuring a new murder each season, granted that it does well enough.

There are a few reasons the networks are warming to shorter runs. Yes, Nielsen numbers continue to tumble, and cable series are closing in on (or in the case of The Walking Dead, completely trouncing) important network ratings metrics. Ostensibly, it’s easier for a show to maintain decent ratings across 13 episodes back-to-back than it is through 22 episodes spread across nearly nine months, as they have mostly have been for decades (though for a good while, that worked).

And yes, to a point, the successes of streaming networks like Netflix (and somewhat nascently, Amazon) are reinforcing the creative and financial potential for shows as smaller, punchier packages (see last summer’s Under the Dome). “Binge watching,” as unfortunate a phrase as that is, is now definitively a part of the larger television business conversation, though its overall importance shouldn’t be overstated—the old model still makes plenty of money.

But really, as Matt Zoller Seitz astutely points out in New York Magazine‘s TV issue, the shape and size of what “television” is (an increasingly fluid concept) is changing. Right now, shorter series are trendy. They’re the shows that get written about. Networks want to be a part of that.

CBS, given its older-skewing demographic (and their incumbent steady viewership), has always been procedural-heavy, but they’re bulking up even more this season, adding four additional crime dramas (Scorpion, an NCIS spinoff set in New Orleans, Stalker, and Madam Secretary) to their schedule. Interestingly, a number of crime dramas added by ABC and NBC this season have a domestic and international terrorism angle to them. But don’t thank (or blame) the success of Homeland for this—those honors go to NBC’s James Spader-led The Blacklist, the biggest hit of last season. The Peacock is seemingly going on all-in on the terrorism drama front: The network picked up three (Allegiance, State of Affairs, Odyssey).

Shows Based on Comic Books

It’s not just for the movies anymore! Gotham, the Batman prequel series (excuse me, origin story) about Jim Gordon (Ben McKenzie) was an early and obvious frontrunner at Fox. Now every network, save for CBS, has some kind of comic book-based series in its lineup. It’s almost a no-brainer for networks to license comic properties: They have a built-in audience and have already made billions as summer movie blockbusters.

Almost, because TV isn’t proving as surefire a place for a hit: ABC had big plans and high hopes for Agents of S.H.I.E.L.D., which debuted strong, but wavered quickly. (The show still does fine for ABC, just not at all as well as everyone thought it was going to.) The question going into this season for Gotham and NBC’s Constantine (and tangentially the CW’s two comic book shows, though that network doesn’t really run in the same race as the Big Four) is whether we’ve (finally) reached the saturation point for “dark, edgy” male-centric comic adaptations.

The networks have made their choices. Now it’s up to the viewers to determine what flies and what fails.