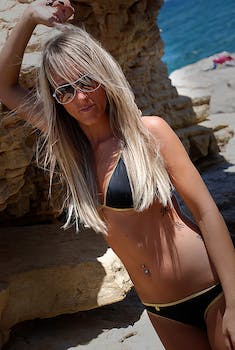 By all means, mate and relate, but it's not such a good idea to friend your date.

Beth Cook is a dating coach and wingwoman who throws private dating events for San Francisco’s most awesome and unattached. She also writes and draws about her own dating experiences and would love to hear from you. Want advice? Have advice? Send her an email.

Every once in a while, Emily S. will pop up under the “People You May Know” header on my Facebook homepage. I know Emily S. alright — she’s the fiancée of my ex-boyfriend. As in the ex-boyfriend I moved to Russia for, lived with for two years, fed (before I bought/made him dinners he was eating Campbell’s Chicken Noodle Soup each night), and planned on having Stanford-smart babies with someday.

Right there, the profile picture of her kissing him on the cheek while he wears a shit-eating grin is an unwelcome reminder of 1.) the horrible time I had getting over our surprise frozen-pizza-night breakup, 2.) I’m not a mid-twenties brunette party-girl without a care in the world, and 3.) I’m sans fiancée.

Facebook knows so much about me. Why would it wave this girl in my face and ruin a handful of perfectly good minutes each month?

This haunting image—along with the compulsive stalking tales of others—is the reason I recommend not friending anyone you are dating—or plan to date—on Facebook. This goes for their friends too.

My poor sister is victim to her ex’s Facebook wall, which means that every time he flirts with a girl by posting playful comments on her page, my sister is subject to seeing it.

And he dates French girls. You know the type: thin, stylish and effortlessly beautiful. Every time someone posts a comment or video on his wall she not only visits their profile page, she tries her best to translate the content!

Another friend says that every time she runs into a guy she used to date, he asks her, “Who was that you were with this weekend? I saw your Facebook photo.”

Now she thinks twice before posting.

Either you are the one doing the stalking or you are being stalked. That’s the way it works on Facebook.

I can’t tell you the number of times I’ve ended up knee-deep in the vacation photos of some-girl-I’ve-never-met. I’ll look up my lover’s ex-girlfriend and find her in Mexico, drinking margaritas and laughing her face off in a white bikini. And of course, I’ll think she’s prettier than me.

I suggest you maintain whatever sanity you have left and heed my advice: do not friend your crushes, dates, lovers, or boyfriends. If you have already fallen into the friend trap, you have my permission (blessing, actually) to unfriend—after the break-up and before you go bananas.