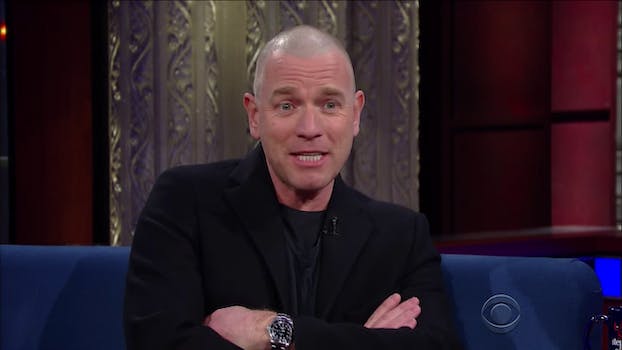 Much of the Beauty and the Beast conversation has surrounded minor character LeFou (Josh Gad) and his sexuality after Bill Condon’s comments on a gay character. It’s led to concern from critics, scrutinization of a two-second scene, boycotts, and an international PR disaster. But it’s also led to amusing comments from one of its stars, who doesn’t see what the big deal is.

Ewan McGregor and Stephen Colbert, acknowledging that an Alabama theater has refused to air the Disney film because of a scene with two men dancing, riffed off of the more drastic reactions to Condon’s comments.

“There’s lots of gay of sex in it … there’s a lot of gay sex in this cartoon,” McGregor joked. “And I think if you live anywhere near Alabama, you should not go and see this film. What would Jesus think?”

Joking aside, McGregor—who hasn’t seen the original film—knows what LeFou’s sexuality is and thinks it’s absurd that we’re still having this conversation.