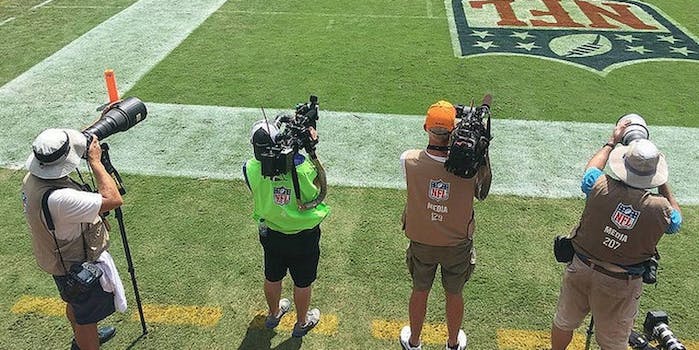 For the first time in nine months, NFL fans on Sunday got to sit around the TV—or if they were livestreaming, their computer—and watch a full slate of professional football games. They rooted for their teams and cursed them when they lost—and perhaps even more importantly, they kept track of their fantasy football squads.

Unfortunately for those who were using the ESPN fantasy football app to manage their teams, you can count Week 1 of the NFL season as a devastating loss. That’s because the app crashed at about 1:15pm ET, when the first wave of games had just begun, and it took more than four hours (or about a game and a half) before it was fully restored.

“People had trouble following the matchups,” Berry said on ESPN Radio. “You had no idea. Am I winning? Am I losing? I forgot who I’m playing against. You couldn’t figure out what was going on, and people that wanted to change their lineups before the 4 to 4:30 (ET) games weren’t able to do so, which is even worse.”

As CNN notes, ESPN had 7.1 million fantasy football users in 2015, the most of any anybody in the industry.

And if you’re not interested in listening to the full apology, here are the seven words that sums up the whole experience Sunday for those who play fantasy football with ESPN.