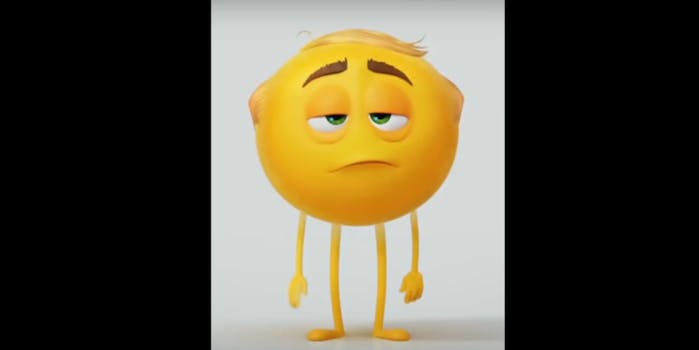 Screengrab via Consequence of Sound/YouTube

Hey at least the cast is good.

We all share a love-hate relationship with the endless emoji on our smartphones. Which is to say that we send them to contacts sometimes, and that’s pretty much the end of it.

Yet to our dismay, emoji are coming into our lives in 3D via The Emoji Movie. The movie hits theaters in August, and the trailer hit the web on Tuesday.

The apathetic “Meh” emoji, promoting this project, mirrors our own experience watching it. He stands for 35 seconds, indifferent and bored, to say pretty much what we all know and can obviously guess: The movie is coming out.

The trailer closes with a poor excuse of a poop joke, eliciting nothing short of a vacuous smile (maybe). This movie looks like it could entice someone’s slow death, but we hope that the strong cast will prove otherwise.