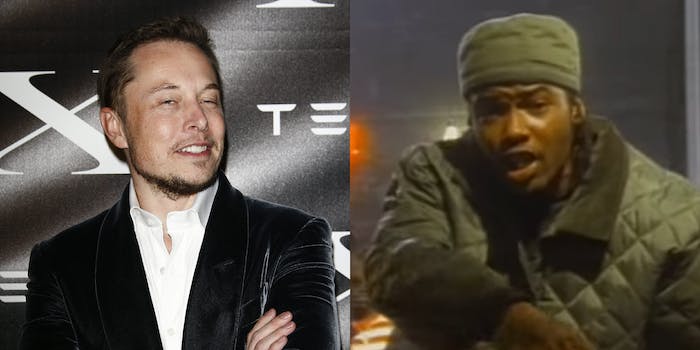 Elon Musk stepped down as Tesla’s chairman on over the weekend, after settling with the Security and Exchange Commission over fraud charges stemming from a 4/20 joke, and agreeing to pay a steep fine. But the cryptic tweets didn’t stop there.

Early Monday morning, Musk tweeted Naughty by Nature’s video for “O.P.P.” with no commentary, only a winking emoji. (For those who don’t remember: The song title is an acronym for “other people’s property.” It samples the Jackson 5’s “ABC” to great effect.)

People tried to put the tweet in context, or guess why Musk chose the 1991 player’s anthem. Some put a little too much thought into it.

I’m down with OPP. pic.twitter.com/uNX2inPF0z

Musk will remain Tesla’s CEO, but it’s unclear if the company is down with O.P.P.