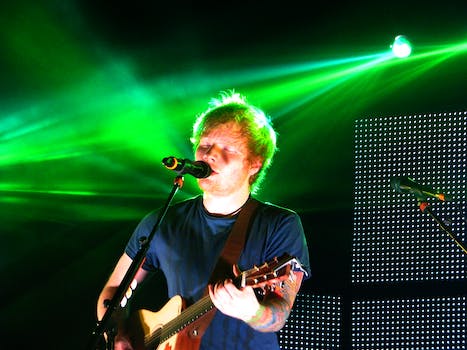 The singer invited the couple onstage midway through 'All of the Stars.'

Ed Sheeran performed at the Frank Erwin Center in Austin, Texas, Wednesday night, but the main act became an afterthought after a fan proposed to his girlfriend onstage.

Sheeran was in the midst of singing “All of the Stars” when he paused midway through it. Although he never does this sort of thing normally, he called a couple—one who held a sign during the entire show—to join him on the stage. The boyfriend started to praise his girlfriend while Sheeran sat back and watched along with the thousands of fans around them.

We knew what was coming, but it’s still just as breathtaking to watch. The screams are deafening when he finally goes down on one knee.

Sheeran is all of us right now.

proposal tonight in austin, i might've welled up, but don't say anything – https://t.co/3fGty49rNX