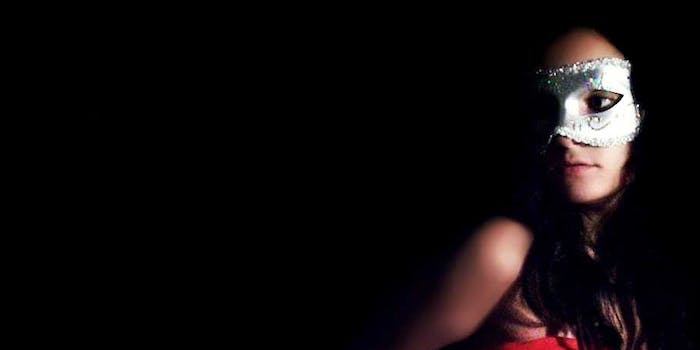 Do you like your sociopathic disfigured music composers with a dash of jazz or a dash of pop?

The Jazz Age brought us our most famous version of Gaston Leroux’s Victorian melodrama Phantom of the Opera, the silent film featuring Lon Chaney as a disfigured, mask-wearing stalker who threatens to blow up Paris if he can’t have his true love. But what if, instead of hiding in the catacombs beneath the Paris opera house, the Phantom were instead sipping cocktails in a tiny music box in the Pigalle Quarter, listening to his soubrette sing Gershwin and Duke Ellington?

Or what if he were a sneaky member of the modern music industry, scoping out a young unknown destined for pop stardom?

Within a fortnight, two separate proposals for TV series adaptations of the classic novel have surfaced, both promising to transport the classic Parisian tale forward through time.

Late last month, Variety reported that ABC was looking to adapt the series as a modern-day look at the cutthroat world of the 21st-century music industry. Desperate Housewives creator Marc Cherry is set to produce it for ABC. The series will be similar to Nashville in that music will be organic to the plot but it won’t actually be a musical.

Hard on the heels of ABC’s announcement came news of a second adaptation. (Leroux’s work has long been in the public domain, so creators are free to create as much fanfiction of it as they like.) This proposal, according to Deadline, pulls the novel’s setting forward into the early 20th century, focusing on a British fighter pilot who was badly injured in World War I. He becomes obsessed with a celebrated jazz singer in a fictional equivalent of Studio 54, presumably headlined by a fictional counterpart to the illustrious Josephine Baker. Think less Andrew Lloyd Webber and more Cole Porter.

This Phantom’s story will be directed by acclaimed French director Jean-Pierre Jeunet, who helmed Amelie. Its writer is longtime producer Tony Krantz, who most recently worked on NBC’s Dracula. Krantz has been developing his concept for the show with Endemol Studios for a while now, which probably explains why it’s a much more fleshed-out project than ABC’s version.

Despite how different both takes on the story are, they have a few very important things in common: Like the original, they’re closely affiliated with various corners of the music world. Who knows why we’re all so obsessed with a singing madman, but “singing” seems to be the aspect of the story that never changes.

Notably, neither of these adaptations has anything to do with the famous Lloyd Webber musical, which remains the most successful entertainment event in world history. This means that, at the very least, we won’t have to sit through any ill-advised techno remixes of “All I Ask Of You” or “Music of the Night.”

It’s tempting to think that a truly innovative Phantom would be one that eschews the musical aesthetic altogether: Perhaps an obsessed Minecraft player builds his love an enormous virtual catacomb. Perhaps the Phantom just really likes women’s volleyball.

On second thought, maybe we’ll stick to the classics.