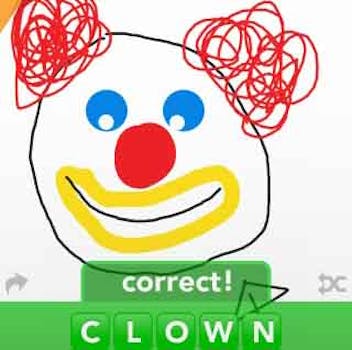 The best illustrations from Draw Something

The social-drawing game has quickly become the top download in Apple's app store. Here are some of our favorite creations thus far.

About a week ago, Draw Something was a just another unknown mobile phone game trying to achieve Angry Birds-like success.

On Monday morning, it’s the top download in Apple’s app store with more than one million users tweeting screenshots of their illustrations.

Draw Something is a social-drawing game where users guess each other’s illustrations in order to earn coins. The coins can then be traded in for new colors to draw with.

In just the last three days, the game has been mentioned on Twitter more than 31,000 times, according to statistics from Topsy.

Here’s a look at some of the best illustrations to emerge thus far.