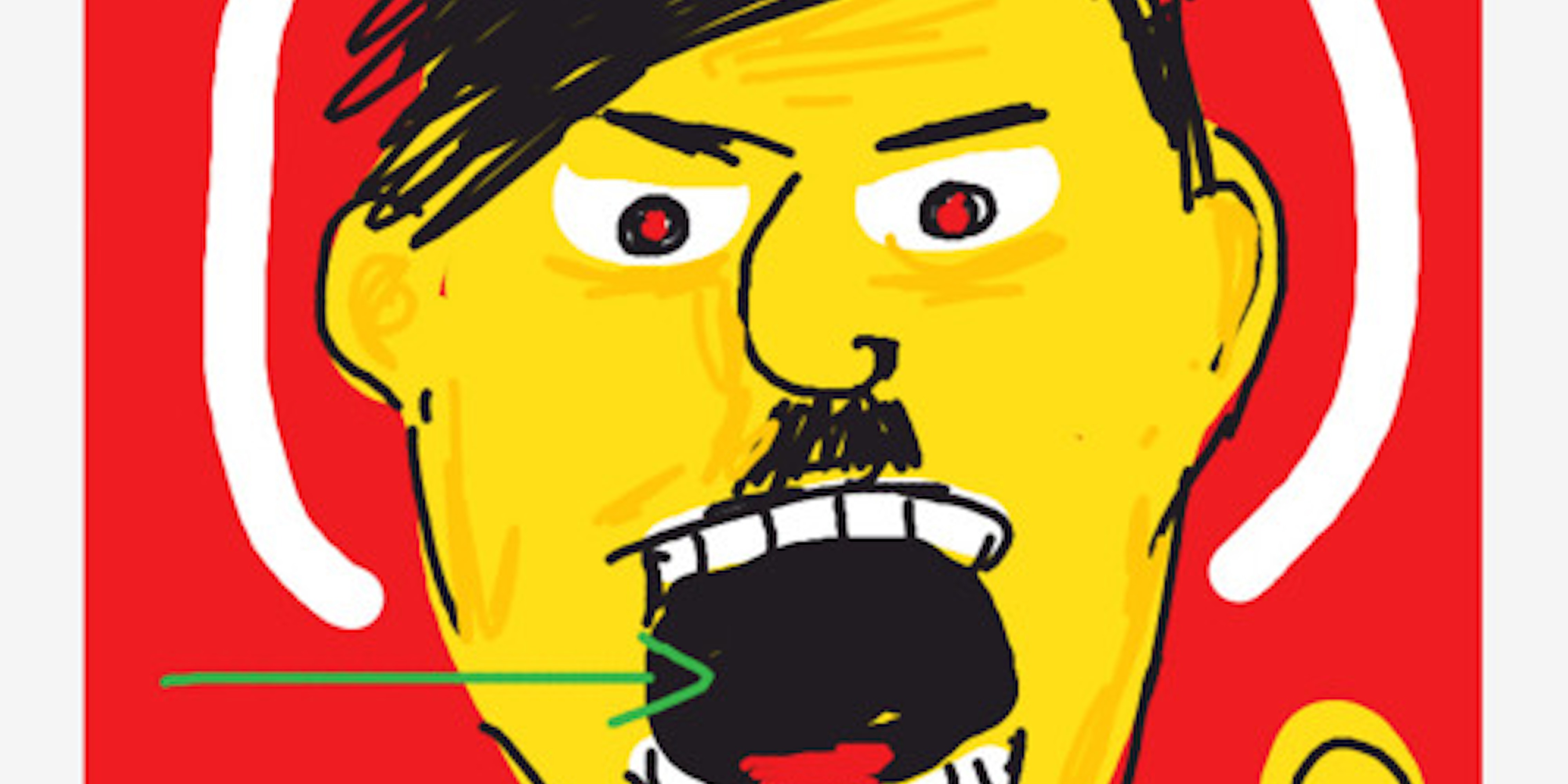 Imagine you're playing Draw Something and your friend keeps illustrating weird images of Adolf Hitler. This Scottish artist turned the concept into a hilarious Tumblr blog.

Adolf Hitler is one of the most controversial figures in history. His image has been lampooned, remixed, and reimagined in almost every conceivable way.

Michael, a Scottish artist, recently started the Ignore Hitler Tumblr, where he features his original Draw Something illustrations of the dictator. The images include Hitler shaving, boxing, and lounging on the beach.

“He was king of the dicks,” Michael told the Daily Dot.”I’m not trying to make any political point by doing it, but I think anything that reduces a genocidal prick to an acceptable figure of mockery is a good thing.”

Since starting the blog less than 24 hours ago, it has collected more than 100 followers and 30 different posts.

Michael took some time to chat with the Daily Dot about the concept and what he thinks Hitler would have thought of them.

Daily Dot: What’s the story and inspiration behind the illustrations?

“Genuine boredom. I recently downloaded Draw Something and was playing with my friend. I’d just discovered it was equally enjoyable and irritating to spend ages doodling away at something completely irrelevant to the actual answer, making your opponent sit through a largely unrelated drawing until the final moments where you pinpoint the thing they’re supposed to guess. And during this, Hitler showed up and it got a laugh. So we ended up just adding superfluous Hitlers to most of our turns with the text IGNORE HITLER.”

DD: If Hitler was around today, what do you think he’d make of your illustrations?

“I think the very fact we can make fun of the fella is an indication of the relief that he’s not around. I’m not sure he’d quite appreciate them. And the freedom to have this sort of humour and fun with historical and modern political leaders is one we shouldn’t take lightly. I’m not remotely Aryan, I wouldn’t have stood a chance.”

DD: Do you have a favorite illustration?

“I do enjoy Hitler wearing a thong. I don’t have any historical proof he did, but I like to imagine he was right into them. Most of the best illustrations are done by other people, I loved seeing Hitler as Yoda and Jimi Hendrix.”

DD: Have you gotten a chance to see your friends faces when they see Hitler shown doing these crazy things?

“I didn’t really do it with strangers at first because, as we’re all aware, Hitler’s not just a recognisable historical figure, but a dangerous icon of authoritarianism and, generally, I’d rather not terrify people in a friendly game. Generally. I haven’t seen anyone’s reaction to it really. I’m hoping everyone’s well aware that it’s meant to be a joke… I wouldn’t want people to think I’m sitting there in my swastika-covered room poking away at an iPad in an attempt to use modern magic to resurrect a dead dictator. People on Tumblr and Twitter have been really receptive and I’m glad folk are seeing the funny side and making their own.”