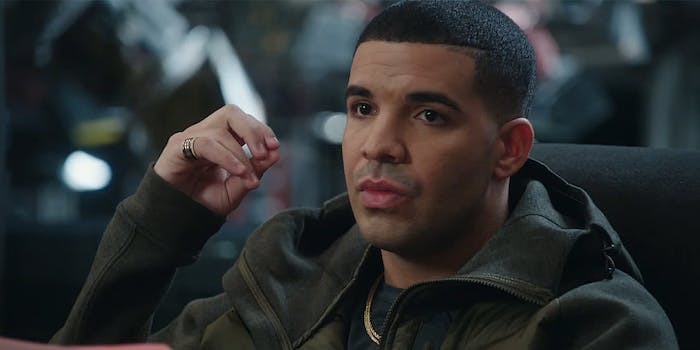 Drake flipped over the music world this week by releasing his latest album Scorpion in the middle of the night, a record where, according to the Daily Dot’s Onaje McDowelle, he flexes “his greatness with a more vulnerable and lofty approach.”

And people are certainly streaming it over and over.

According to Complex, Scorpion destroyed the Spotify record for most streams on an album’s opening day with 132 million plays. The record before that was Post Malone’s Beerbongs & Bentleys, which streamed more than 78 million times the day it premiered last April.

So, just how impressive were Drake’s streaming numbers?

As Variety notes, it seems possible that Scorpion could become the first album to be streamed 1 billion times within the first week of its release.