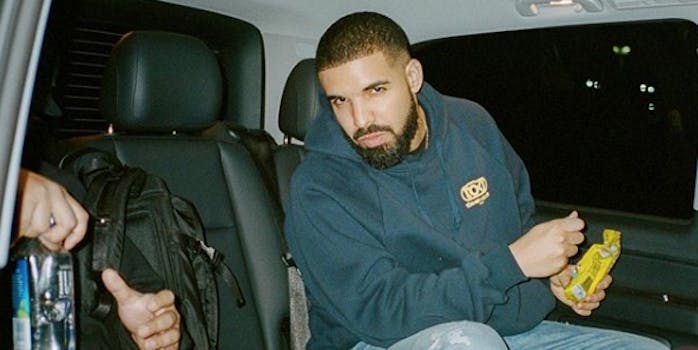 Drake is reviving his favorite cult British drama for Netflix

He got really into 'Top Boy.'

Drake has officially reached the point in his career where he can revive one of his favorite TV shows because he wants to.

The rapper/actor is adding TV producer to his credits: He’s teaming with Netflix to bring back Top Boy, the British crime drama that aired on Channel 4 in the U.K. for two seasons before ending in 2013.

Top Boy takes place in the fictional Summerhouse housing project in East London and follows the lives of a group of people whose lives are marked by drug dealing and gang violence. The Netflix original reboot will pick up with season 3 and premiere in 2019. Lead actors Ashley Walters and Kane Robinson will both be returning.

According to the Hollywood Reporter, Drake found the original seasons on YouTube and fell in love with their depiction of London. “That human element drew me in,” he said.

Netflix’s VP of Originals Cindy Holland also admitted it was Drake’s passion for the series that ultimately “drove its resurrection.”

.@Drake's hotline to Hollywood: Inside a push into film and TV https://t.co/Ve1svJ5zUM pic.twitter.com/W5ZaDwtwaI

This may very well be the first in a portfolio of streaming projects from the Toronto-based rapper, too. He is reported to be teaming with A24 (Moonlight) in a deal that includes both TV and film, as well as with Anonymous Content (Mr. Robot) for an untitled TV series. There are also reports of Champagne Papi potentially “doing something with Apple,” too.

He recently produced the feature-length documentary The Carter Effect, about former NBA star Vince Carter, which premiered at the Toronto Film Festival in September.