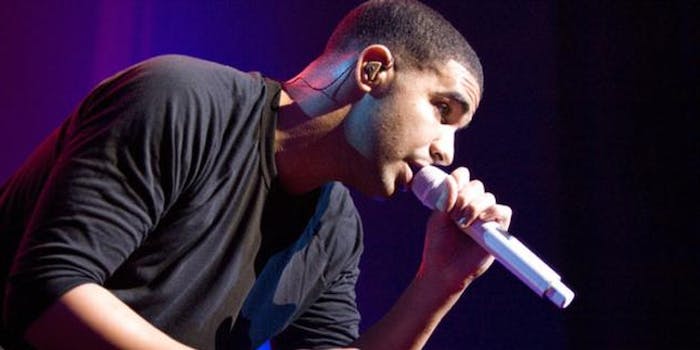 Everyone is paranoid about hackers right now. Even Drake.

Over the weekend, the rapper took a firm stance against hacking and preemptively released three previously unreleased songs on his SoundCloud page. He did so because he knew “some hackers” had the songs, so he valiantly did what he had to do to get out in front of this invasion of privacy.

Back on Oct. 19, one of the songs, “How Bout Now,” reportedly appeared on a Georgia teen’s SoundCloud page. Those darn teens!

That wasn’t an EP. Just 3 songs that I knew some hackers had. But enjoy! Back to this album.

Oh, yeah: Drake has a new album coming out soon.

This might be the new model for leaking your album.