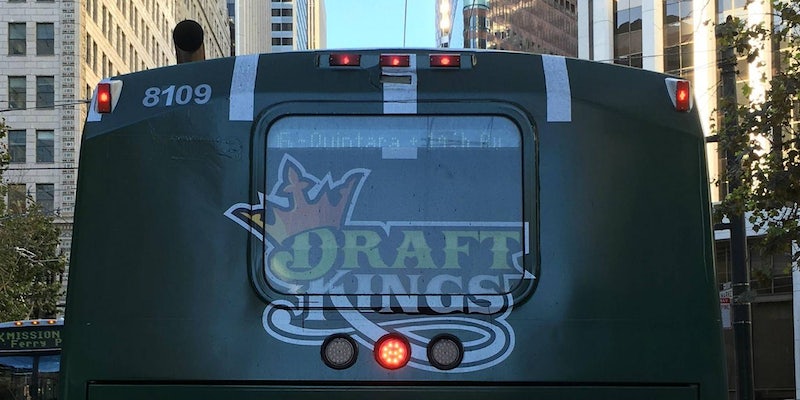 While waiting for merger approval, DraftKings reportedly raises another $100 million

It’s been four months since daily fantasy sports sites FanDuel and DraftKings revealed plans to merge, but that hasn’t stopped DraftKings from raising another $100 million, according to Bloomberg, perhaps pointing to the idea that the company isn’t sure the merger will actually go through.

The two sides—which control between 90-95 percent of the industry—agreed to merge in November, but that partnership hasn’t been approved by the federal government.

Though neither side has yet made a profit, there’s apparently still investor appetite for DFS. The two sites raised hundreds of millions of dollars before the beginning of the 2015 NFL season, and DraftKings got another $150 million before the 2016 season. Though the past two years have been a series of highs (the sites were once valued at more than $1 billion, some fans have proven they love betting every day) and lows (a number of states have outlawed them, the FBI has investigated them) for the industry, DraftKings is still attracting interest.

But the fact DraftKings and, reportedly, FanDuel are still raising money independently of each other might mean they’re not confident the merger will be approved.

As Forbes wrote, “DraftKings’s recent $100 million raise could be a hedge on any risk of the merger being denied. According to an industry source, FanDuel is in the process of raising additional capital as well, with both companies feeling as though there is no choice but to operate under the assumption that the merger does not go through. If the merger collapses and the operators do not raise money, then they would have serious operational issues, per the source.”

According to Legal Sports Report, FanDuel and DraftKings have estimated the merger won’t be approved until the third quarter of this year if it’s approved at all.