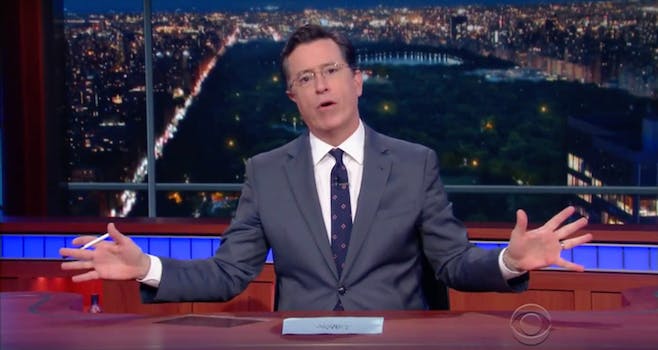 You bet it's going to be entertaining.

Donald Trump is starting to look toward the season finale of the Republican presidential primary even more now that he practically has a clear path to the nomination at the party’s convention in Cleveland.

rump campaign has often been compared to a reality show, albeit one where the winning candidate emerges despite every attempt to stop him on the contestants’ and producers’ part. Even the way Trump unveils his running mate will fit the reality-show format: Revealing it early would be like revealing who won Celebrity Apprentice before the finale aired, according to a Trump source.

Given that the convention is being held at the Quicken Loans Arena (known as “The Q”) in Cleveland, home to the WWE, Monster Jam, and Freestyle Motocross Madness, Late Show host Stephen Colbert knows that Trump’s coronation will fit right in.

And the general election? Well, that’s the shortened all-star season. Winner takes all.