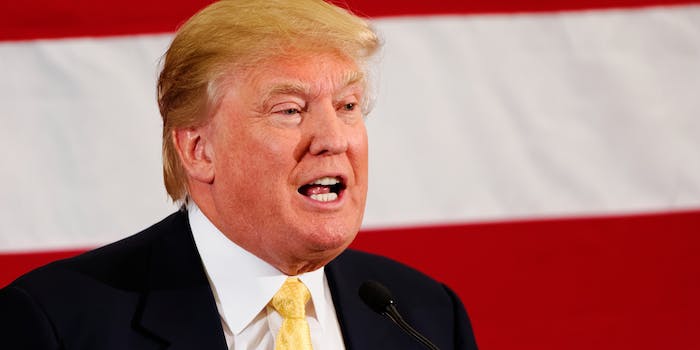 This trick has already been done by Mexico.

When the presidential campaign of businessman Donald Trump was still in its adolescence and when some still were aghast at how he had called Mexican illegal immigrants “rapists,” the Spanish-language network TV Azteca advertised the television coverage of a U.S-Mexico soccer game with a commercial spot that proudly featured Trump’s xenophobia.

Now an Argentine TV station is getting into the act as well.

With Argentina’s national soccer team set to hit the U.S. in June for the Copa America tournament, this ad is now available for all of North and South America to see. And yeah, it makes it seem as if Trump is truly scared of the La Albiceleste.

No matter what happens with Trump and his presidential aspirations, the fact is that Argentina—one of the biggest soccer powers in the world—will be coming to town this summer. This likely won’t end well for the Americans and their soccer fans.