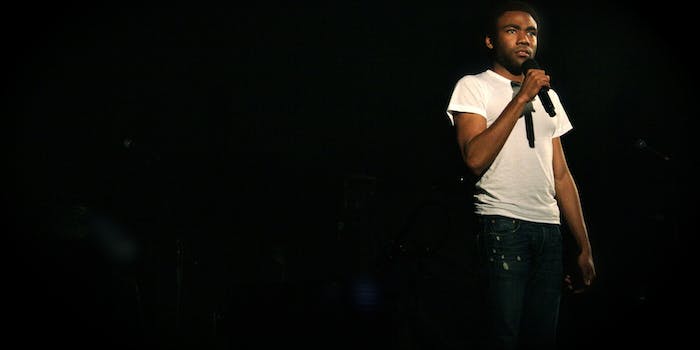 Donald Glover exposes his fears in open letter to Instagram

A dispatch from the Residence Inn.

Whereas some artists take to Twitter to unload their feelings in all caps (Kanye shrug), Donald Glover has engaged with a different medium: Instagram.

Glover, the former star of Community and current alter ego of rapper Childish Gambino, jotted down several of his fears and frustrations yesterday—on stationery from the Residence Inn he was apparently staying at. He then uploaded the seven notes to his Instagram account. He touches on his career, both in acting and music, leaving Community, what people think of him, and his future. It’s quite candid.

Yes, Glover does have a new album out soon, titled Because the Internet. He recently released the audio for a freestyle track called “Yaphet Kotto.” The opening lines: “Worst rapper to ever spit on a open mic/Worst rapper to ever get so many likes.”

Cynics might see these notes as clever promotion for it, but Glover also gets deep into how his sophomore album might be a chance to change directions. He laments that he might never transcend the “Bro Rape” sketch his Derrick Comedy troupe did in 2006:

And then he offers advice to his fans, and anyone who feels lost:

Often when celebrities meltdown on social media, they lash out at the industry, their fans, their fame. They rant. But Glover seems to be turning that inward here. In past interviews, Glover has questioned whether people want to see the guy from Community rap, whether the public sees him as a novelty act. These messages don’t necessarily seem like a cry for help, just an honest assessment of self.