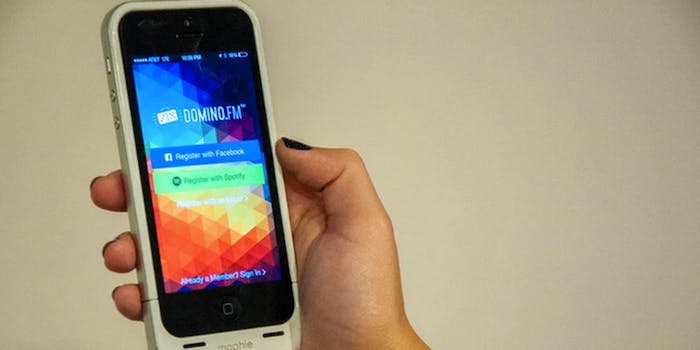 Domino.fm wants to add a human touch to music discovery

What does the blog say?

If you use music blogs as a source of discovery, it can often feel like an unwinnable race to keep up with all the content. Enter Domino.fm.

The app, which launched today and is available for Android and iPhone, aggregates music blogs and creates a stream tailored to your tastes. You choose which categories of music you want to listen, then choose the feeds you want to follow. As of its debut, big-name sites like Spin, NME, Brooklyn Vegan, and the Fader are available, as are smaller blogs like Resident Advisor, Aquarium Drunkard, and Earmilk. Once you’ve set those parameters, your feed will give you the latest news from those sites, as well as new music. It also pulls from SoundCloud and Rdio.

The idea is to give more of a human touch to music discovery, rather than relying on an algorithm to tell you what you want to hear. Creator Jett Wells came up with the idea while at NYU.

“I was always a little frustrated that if you wanted to get into an artist, you’d have to track down their Bandcamp page, go find their Facebook page,” he told the Daily Dot. “If I wanted to find their albums I’d have to go to iTunes… It was kind of all disconnected. And that’s not the fault of the bands or their managers, but it leaves consumers a little disjointed with all the platforms.”

In January 2014, Wells started getting more serious about developing the app in an effort to “bridge the gap between all the information” on music blogs and connect users with the info they need on an artist they’re interested in. Last summer, a Kickstarter was created to fund the development. Wells has spent the last few months tweaking data. 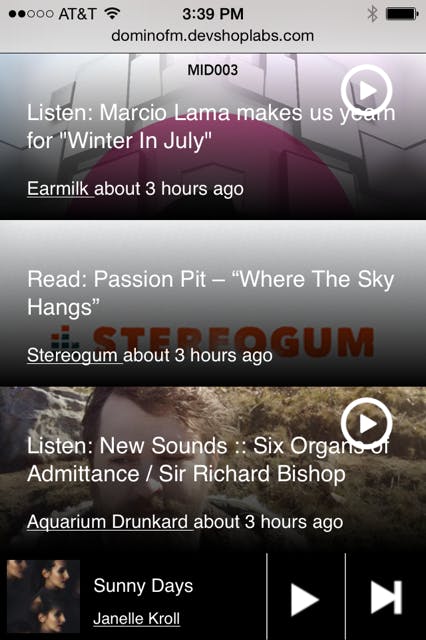 My initial interactions with the app were fairly kink-free, and it was certainly nice to have a feed for discovery rather than scrolling through Spotify or YouTube wondering what you want to listen to. Wells says he doesn’t really believe in algorithms or computers predicting what we like.

“I know it’s the job of great minds to build great tech, but I think when it comes to music—and maybe it’s just me and I don’t have enough faith—I don’t think data companies are able to get into a person’s soul and know what they’re about specifically. I don’t think technology’s at that point. I don’t know if it ever will be.

“But music is a really personal part of one’s life… I’m a true believer in how what people curate adds interest in new artists, and raises the value of new artists.”

Update 10:27am CT: Press pause; the launch is slightly delayed. The developers got in touch this morning to say: “We’re working hard to sort a server issue for the launch. We hope to finish tweaking the kinks by end of day, but will update as soon as we know more. We apologize for the inconvenience and appreciate the patience.”