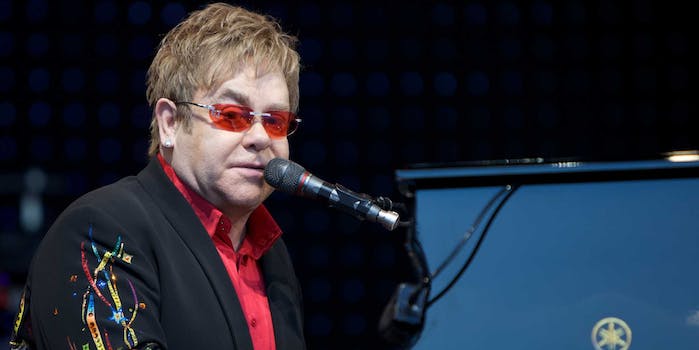 Dolce and Gabbana offended a lot of people with their bizarre comments about artificial insemination.

After an interview during which Dolce and Gabbana spoke out against “nontraditional” families, the designers are facing a boycott from celebrities including Elton John.

According to a translation from LGBT News Italia, Dolce and Gabbana’s recent interview with Panorama magazine was harshly critical of what Domenico Dolce describes as “synthetic” children.

“The only family is the traditional one,” Dolce said. “No chemical offspring and rented uterus: life has a natural flow; there are things that should not be changed.”

Dolce and Gabbana both identify as gay, and were a couple for over twenty years, but do not support same-sex marriage. In a 2006 interview, Gabbana said that while he had once approached a female friend to be the surrogate mother of his child, he was “opposed to the idea of a child growing up with two gay parents.”

LGBT News Italia introduced the #boycottdolcegabbana hashtag in reaction to the Panorama interview, and it’s already catching on. Elton John, who is raising two sons with his husband David Furnish, posted on Instagram to hit back against the two designers.

This is not the first time Dolce and Gabbana have been on the receiving end of a celebrity boycott. Along with the controversy caused by their opposition to LGBT equality, they offended many people with their spring 2013 collection, which was widely perceived to be racist. At the time, Azealia Banks tweeted that she was boycotting the brand, accusing Dolce and Gabbana of using “black mammie imagery” and saying the designers needed “a swift kick in the mouth.”

Update 12:41pm CT, March 16: Stefano Gabbana has since posted more than 50 images and Instagram screengrabs responding to the controversy, mostly in Italian. He ended with a quote saying that he and Domenico Dolce “firmly believe in democracy and the fundamental principle of freedom of expression that upholds it,” adding that they did not intend to judge other people’s choices.