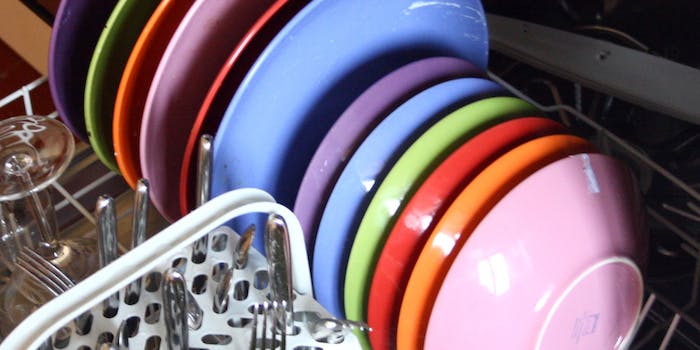 When teens won't listen, this dad goes on YouTube to get his point across.

One Aussie father is taking parenting lectures to a place where his teens might listen—YouTube.

Last month Will Reid schooled his teenagers on their poor toilet-paper-replacing habits in a video viewed more than 4 million times on the site. Now he’s turned the Teenager Instructional Video idea into a series with a new installment, this time focused on another loathed teeange chore, loading the dishwasher.

In the new video, Reid shows off debris he collected from various rooms in the house, and walks the teens through a step-by-step guide to how to separate garbage from dishware, how to rinse off the plates, and how to properly load the machine. He then goes into the “advanced level” of dishwasher operation.

“The advanced level, as ever, would be to put a dishwasher tab in here,” Reid deadpans, showing off the machine. “And these buttons here at the top are much like the buttons on your Xbox or PlayStation that make it work, or effectively boot it up. So give that a try.”

It’s a pretty brilliant move. YouTube is the digital home of choice for many teenagers, and while they’re finding out how to do things like apply makeup and dress for the first day of school, why not take what would be a boring parental lecture and turn it into extra YouTube time? It’s a win for parents and teens alike.