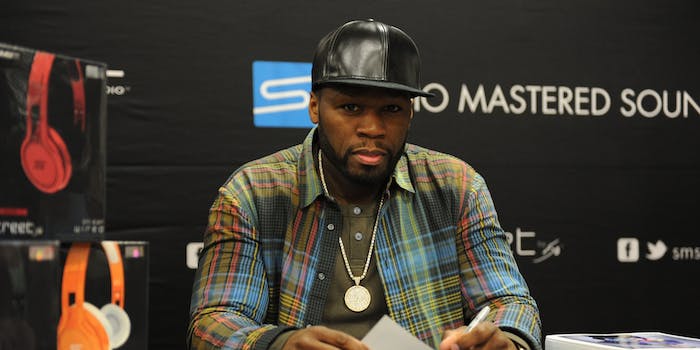 Sean Combs, aka Diddy, is facing charges after allegedly assaulting a UCLA coach with a kettlebell, and frenemy 50 Cent saw an opportunity to take some shots at the fellow rapper, while not-so-subtly promoting his vodka line, Effen.

50 Cent posted a video to Instagram showing him clowning on Diddy while counting out “bail” money for him. Unfortunately, he took the video down and replaced it with this photo, in which he states he “didn’t say nothing about puffy,” lest he get a kettlebell to the dome. #EFFENVODKA

However, TMZ saved the video for posterity. Someone get these two their own sitcom.