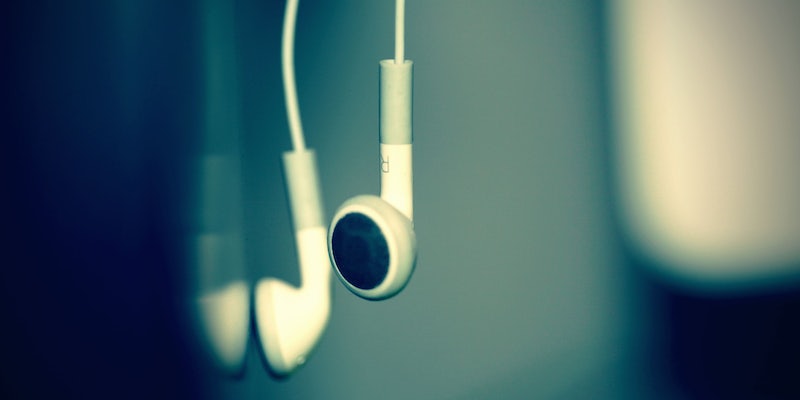 Deezer's attempting to make sound quality the crux of its service.

Paris-based music subscription service Deezer launched today in beta form in the States, and it’s banking on audiophiles to adopt its model.

According to Billboard, the seven-year-old company raised $130 million in 2012, and claims 5 million subscribers in 180 countries, 16 million active monthly users, and a library of 35 million tracks. The service it’s debuting in the States, Deezer Elite, offers high-quality access to about 25 million tracks.

The site has also paired up with audio company Sonos, in an attempt to make high-end sound quality the crux of the service, much like Neil Young’s Pono player. However, you’ll need a Sonos speaker system to experience it. To that end, Deezer’s subscription model and sound-quality hook are decidedly aimed at audiophiles with money to drop on the experience. Deezer Elite will initially be introduced to the market at $15 a month, but will eventually shoot up to $20 a month, which is twice what Spotify charges.

Tyler Goldman, the company’s North American CEO, told Billboard that Deezer expanded to the U.S. because they “saw the U.S. was highly fragmented, and therefore there would be a need to tailor [the service] to the needs of different users to create value and drive adoption.” He also claims U.S. audiophiles will readily pay the $20 a month for that quality.

Deezer will be competing against Spotify, Beats, and eventually YouTube’s Music Key service. This past May, Spotify announced it had hit 10 million paid users, double what Deezer currently boasts. It’s easy to be skeptical of yet another music service entering an already crowded market, but it will be interesting to see if Deezer gets its proposed “elite” clientele to adopt in this “fragmented” market, or if it ends up in a ditch with Zune.